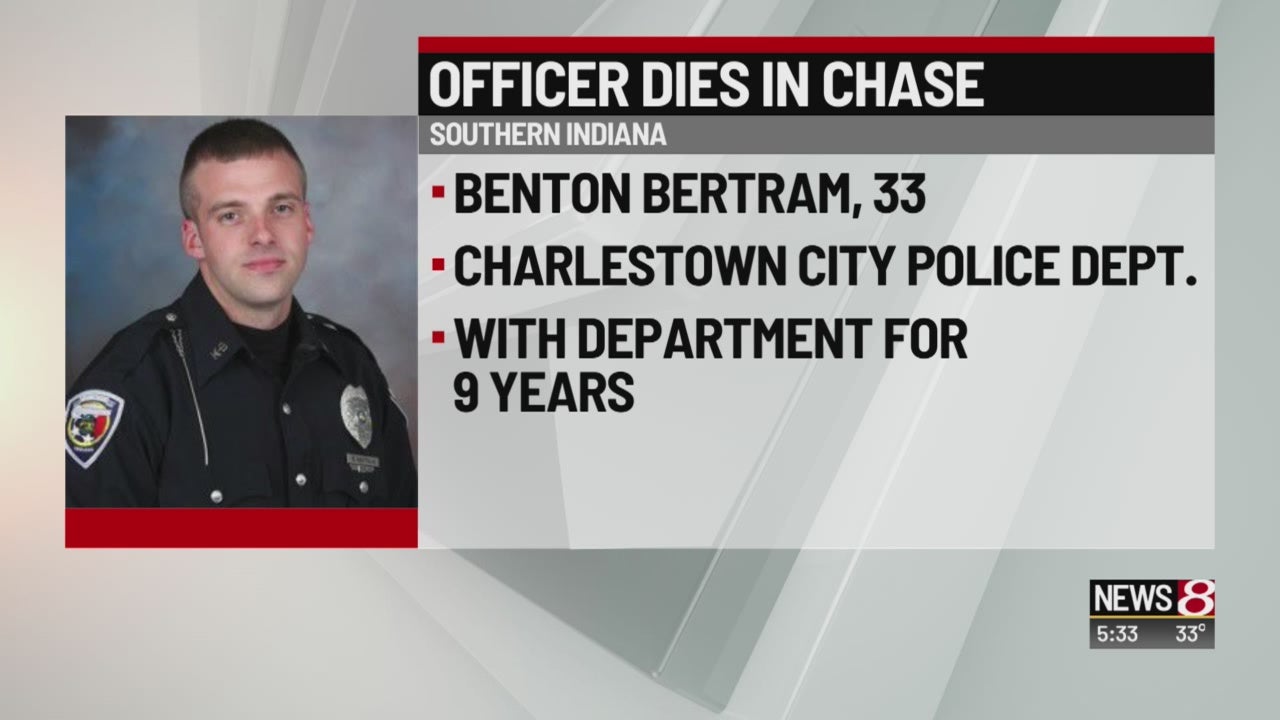 SCOTT COUNTY, Ind. (WISH) — One man is facing multiple charges after a police officer died in southern Indiana in an attempt to apprehend him.

Officials were initially notified around 10:20 p.m. Wednesday night of a pursuit of a suspect in Clark County after Officer Benton Bertram attempted to stop a vehicle belonging to 35-year-old Benjamin Eads for a traffic violation.

Eads fled north on State Road 3 into Scott County. As the pursuit continued into State Road 3 and State Road 56 of Scottsburg, officer Bertram’s vehicle left the roadway and struck a tree in the front yard of a nearby home. Officer Bertram was pronounced dead on the scene.

Officer Bertram was a 9-year veteran of the Charlestown City Police Department.