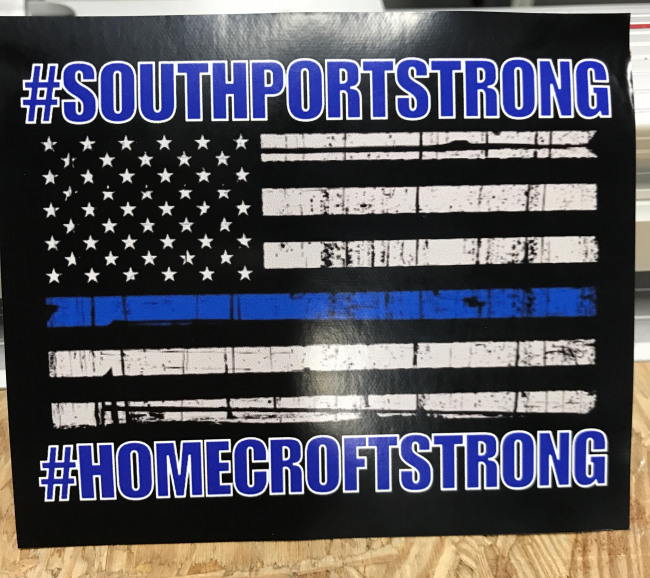 SOUTHPORT, Ind. (WISH) — Five days after the shooting death of Southport Police Lt. Aaron Allan, officers across the country gathered with their communities to discuss police relations and area safety.

National Night Out (NNO) began in 1984 as neighborhood front porch vigils and has evolved into an interactive festival-style atmosphere where police officers can meet and greet their community members, and communities can show support for their police departments. According to the National Association of Town Watch, the parent group for NNO, 38 million people in 16,000 communities take part in National Night Out.

In accordance with the nationally designated NNO day, Southport Police Department and the town of Homecroft held their events in the shadow of Allan’s shocking death. To honor him as they continue the NNO tradition, both groups planned special events.

Southport PD’s National Night Out was Tuesday night at the police department, 6901 Derbyshire Road, and an adjacent park and pavilion.

The group held a memorial for Allan, including a moment of silence, remembrance and prayer from a police chaplain. Allan’s squad car remained on display, covered in flowers, teddy bears, posters and handwritten notes from community members and area police departments.

Following the memorial service, the NNO hosted several youth activities including a scavenger hunt, fingerprinting and a bounce house. The department also continued the tradition of “Dunk a Cop” with Allan’s father,  stepping in his son’s place in the tank. Attendees also met Justice, the police department’s mascot, learned about Southport police programs and public safety and enjoyed food catered by local restaurants.

In Homecroft, National Night was on the lawn in front of Homecroft Elementary School, 1400 E. Tulip Drive. Officers held a moment of silence for Allan and his service to their community. Officers also organized several activities for the community, including a water-balloon toss with police, games and safety demonstrations, as well as hot dogs and snacks.

Attendees at both events could donate to Lt. Allan’s family or purchase a police support decal on a donation basis. Homecroft resident Ronnie Roessler and several neighbors organized the design and printing of the decals. Roessler said his first 300 decals sold very quickly in both Homecroft and Southport, and he has raised or received pledges for more than $1,000 as of Tuesday afternoon.

Other fundraisers are underway, including a T-shirt and decal sale from Indiana Going Blue. Find those items at this link.

Allan’s visitation will be from 2-7 p.m. Friday at Crown Hill followed by a funeral at 11 a.m. Saturday.