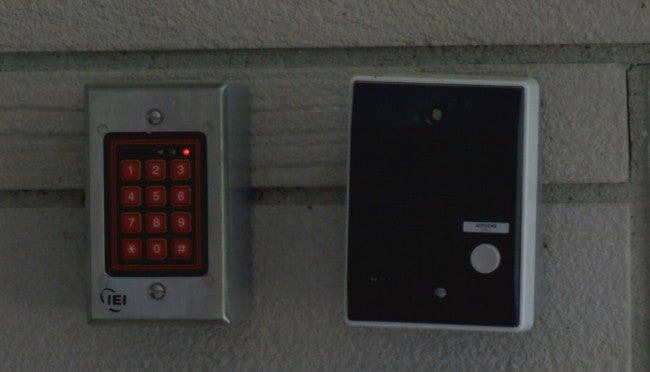 SHELBYVILLE, Ind. (WISH) — From bullet resistant windows and doors to cameras that allow the sheriff’s office to see inside the school at all times, Southwestern Jr./Sr. High School may be one of the most secure schools in the country.

School leaders are now working to make sure all schools in the state have the same kind of security. They’re trying to get lawmakers on board.

Making the grade, friends and sports are the biggest concerns for senior Riley Zeigler and junior Isaac Bush.

“You really have to start thinking about what’s after high school. What you want to do, for some, is really hard to decide,” said Zeigler.

While the teens are focused on being teens, Superintendent Dr. Paula Maurer has shifted her focus.

“Used to be that education was our number one goal. Security is right up there with that,” said Dr. Maurer.

WISH-TV first told you about the security measures in place at Southwestern last year. During an emergency situation, staff can press their key fob which will alert the Shelby County Sheriff’s Office dispatchers immediately. That can save minutes over calling 911.

Cameras are set up in the school. The sheriff’s office has 24-hour access to the video, making it easier to locate victims and suspect in the event of an emergency.

According to officials, it’s the first school in the country to have a direct line to law enforcement.

“I introduced a bill that would allow school districts all over Indiana to be able to afford this type of security system,” said Dr. Maurer.

The system cost around $400,000. Southwestern did have help covering the cost from grants and the security company.

The average school would pay around $10,000 per classroom for a similar system.

“If you try to get in, it’s hard to get in even as a student. Just the extra security measures make us feel that much more safe,” said Bush.

According to Dr. Maurer, a bill was previously introduced at the statehouse to help more schools, but did not make it through the house. A new bill will be introduced next legislative session. The goal of the bill, at the very least, is to make all new schools being built as secure as Southwestern.