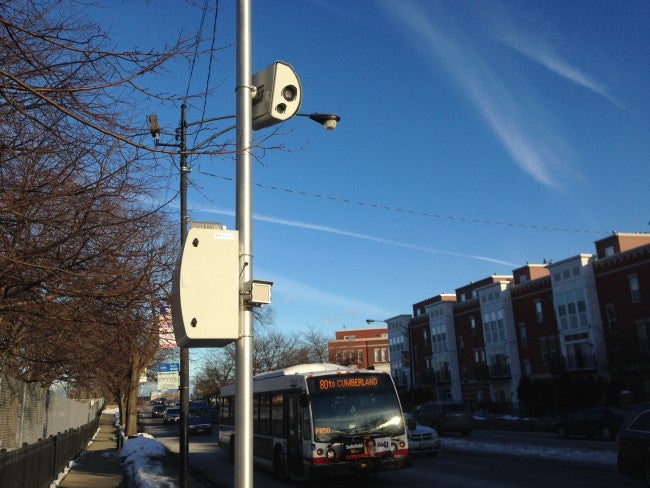 INDIANAPOLIS (WISH) – Hoosier drivers are one step closer to getting some speeding tickets through the mail after a House committee gave the green light Wednesday to a plan allowing speed cameras to be set up across the state.

Under the proposal, drivers caught on video speeding through a construction zone or school zone, or illegally passing a school bus could get a hefty fine in the mail.

Debate over the measure followed an I-Team 8 investigation this week that probed a key question behind the camera controversy: will it make Hoosier roads safer or just make money?CAMERA CRACKDOWN

I-Team 8’s investigation found troubling speeds in many Central Indiana construction zones, including dozens of drivers traveling in excess of 15 miles per hour over the posted limit.

For some House lawmakers it was more proof that the time has come for a new kind of crackdown.

“We’re in a changing world,” said Rep. Edmund Soliday (R-Valparaiso), chairman of the House Roads and Transportation Committee. “The concept that if I don’t get caught it’s OK to break the law is not one that I think is a good conservative value. We live in a nation of laws.”

Under the bi-partisan proposal authored by Soliday, Rep. Ed DeLaney (D-Indianapolis) and Rep. Milo Smith (R-Columbus), drivers caught on camera speeding in a work zone, school zone or illegally passing a school bus with its stop arm extended could be slapped with fines up to $1,000.

The original bill would have levied such fines on anyone caught speeding in a construction zone or school zone, regardless of whether workers or children are present. That wording was changed Wednesday following disagreement last week.

Under the new bill, speed cameras could be used in a way the committee termed “critical work zones that take traffic off of its normal path, where the road surface changes or where heavy machinery is near the road.” The change is intended to remove the possibility of cameras being placed in “long work zones” where work may not have started yet, Soliday said, adding that the new wording represented a significant compromise.

“It’s not just workers. It’s you and I. If I slow down or you slow down and the one behind doesn’t, it’s not the guy in front that usually gets hurt. It’s the guy in the middle that gets squeezed. So, this is more than a worker safety bill,” he said.

Some lawmakers say correction by camera, however, sets a dangerous precedent.

“It’s a slippery slope,” said Rep. Mike Speedy (R-Indianapolis). “Once it starts in the construction work zones, that becomes a rationale to expand it and expand it, and then, where does it stop?”

In the 14 other states that now allow speed camera enforcement, critics say it hasn’t stopped. And, they blame the lure of growing profits for rapid expansion.

In their first year of operation in 2014, speed cameras in municipalities across the state of Maryland netted $77 million in new revenue, according to figures obtained by a public records request through the Maryland State Comptroller’s Office. That same year the city of Chicago made $61 million off its speed and red light intersection cameras, according to multiple published reports.

Despite a provision in the bill that would allow private camera vendors to collect up to 25 percent of the revenue generated from speed camera tickets, supporters of Indiana’s proposed bill say the majority of the money would go to support schools and trauma centers, not general government.

That proves the bill is aimed more at safety than spending, Soliday said.

“Everything we do here is a slippery slope,” he responded to Speedy’s characterization. “The technology is there. I think the expectation of reducing risk is there. Now, we need to work together to build the right fences around the use of the technology.”A BETTER SOLUTION?

For opponents like Speedy there may be a simpler solution staring the state in the face: increase in-person patrols in high risk areas.

“I’m not discounting that there are life and property issues that are very serious. But, I still think it needs to be done by a live person. If it’s that important – and I believe it is – then there should be a specification for when the construction project is let out. And, the cost of [additional patrols] should be included in the construction,” Speedy said.

Asked if he believes promises from lawmakers that the speed cameras won’t lead to additional video enforcement efforts down the road, Speedy shook his head.

Soliday acknowledged that he’ll likely face battles ahead among the rest of the legislature convincing those whose minds are made up against the technology that it’s the best step toward boosting safety.

But, he said he’ll come armed with a compromise: an offer to expressly ban so-called red-light cameras at intersections.

“I would be more than willing to put an amendment in that says the state of Indiana shall not embrace stoplight cameras,” he said. “If that’s what it takes, so be it. This is about safety.”

Whether that will be enough for lawmakers to give the green light to the plan, or whether concerns over constitutionality and technology will cause them to hit the brakes is set for debate on the House floor next week.