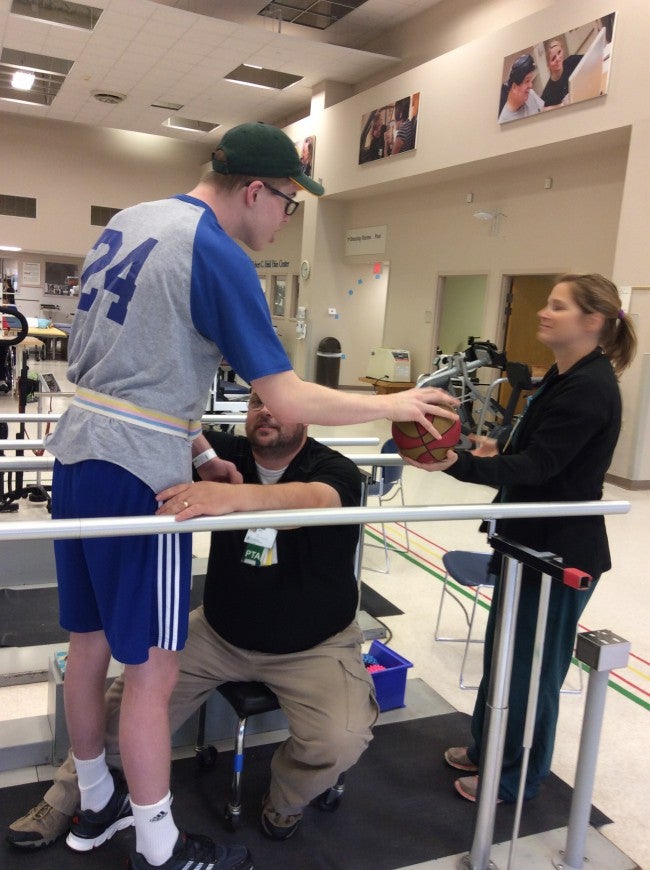 INDIANAPOLIS (WISH) – Josh Speidel, 18, a senior at Columbus North High School, is still on the road to recovery after he was seriously injured in car crash in Feb.

He suffered a traumatic brain injury.

He is able to use his own legs to push his wheelchair, and his mom said he’ll soon be able to push himself into his own home.

The Speidels said a date hasn’t been set, but it will be soon. Josh is working everyday at the Rehabilitation Hospital of Indiana to get his six foot, eight inch self back to normal.

“It hurts. It’s hard to do, but he keeps trying,” said David Speidel, Josh’s father. “I think his competitiveness, and he’s always had that, and he’s wanted to be the best, I think that that’s actually pushed him.”

The right side of his brain that controls the left side of his body, suffered more injury in the crash, but they are seeing steady progress.

“Even today we were watching, we finally saw movement,” said Lisa.

The movement was in his shoulder.

“We’ve remained positive that God’s going to get us through this,” said Lisa.

The Speidels said once Josh comes home, the idea is to get him in outpatient therapy.

The University of Vermont said when Josh is ready, his scholarship will be there waiting.