Spierer’s mom: Missing child is ‘nightmare you never wake up from’ 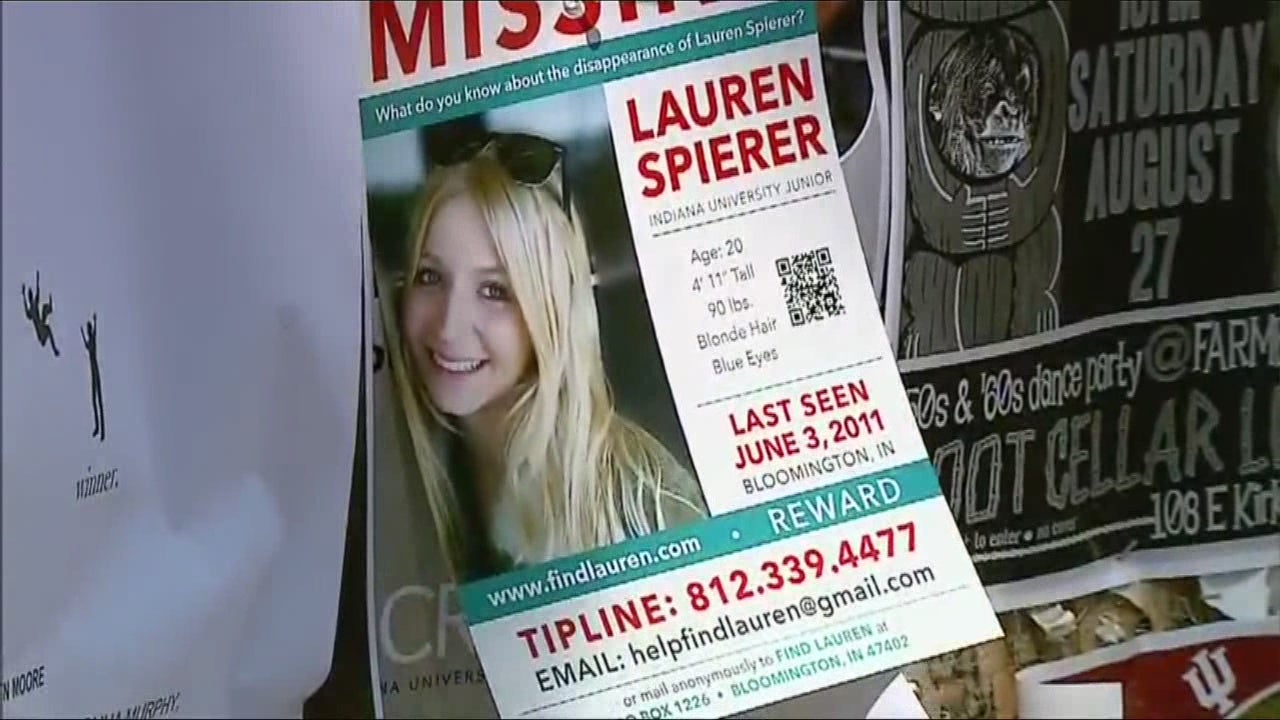 Spierer disappeared June 3, 2011 after a night out with friends in Bloomington. Her disappearance prompted large group searches for her in and around Bloomington. Posters and billboards also spread the message, and many of those can still be seen four years later.

Throughout the past four years, people have kept the message alive on social media. On Twitter, the hashtag #FindLauren is regularly used, and Spierer’s mother, Charlene Spierer, has issued a number of messages asking people to come forward with information.

Wednesday, Charlene Spierer issued another message. In this one, she recalled the day her family was notified that Lauren was missing. She also talked about what it’s like to be in her situation.

“Someone once asked me how it feels like to be the parent of a missing child. It is indescribable,” Charlene Spierer wrote. “The nightmare you never wake up from. Spend a moment with your son or daughter today, something we have all taken for granted.”

See the full letter from her here:

Our older daughter, Rebecca, was the first to learn about Lauren’s disappearance. Something as simple as answering her…Posted by Official Lauren Spierer Updates from Her Family on Wednesday, June 3, 2015

Anyone with information about Spierer can call the Bloomington Police Department at 812-339-4477 or email helpfindlauren@gmail.com. Tips can also be mailed to: Find Lauren, P.O. Box 1226, Bloomington, IN 47402.