Spokeswoman: First lady will watch TV channel of her choice 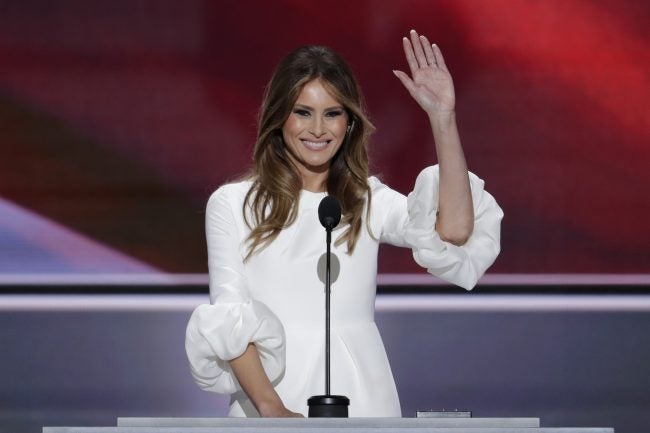 WASHINGTON (AP) — Melania Trump’s spokeswoman says the first lady will watch whatever she wants on TV.

Stephanie Grisham, the spokeswoman, was responding Wednesday to a New York Times report that President Donald Trump was unhappy that his wife’s television aboard Air Force One was tuned to CNN — and not Fox News Channel — during their recent trip to Europe.

The Times said Trump raged at his staff for breaking a rule that each trip begin tuned to Fox.

Trump is an avid Fox viewer who regularly disparages CNN as “fake news.”

Grisham also batted away questions about TV news programs airing a brief audio recording of Trump and his longtime personal lawyer discussing plans to pay for a former Playboy model’s story of an alleged 2006 affair with then-citizen Trump.