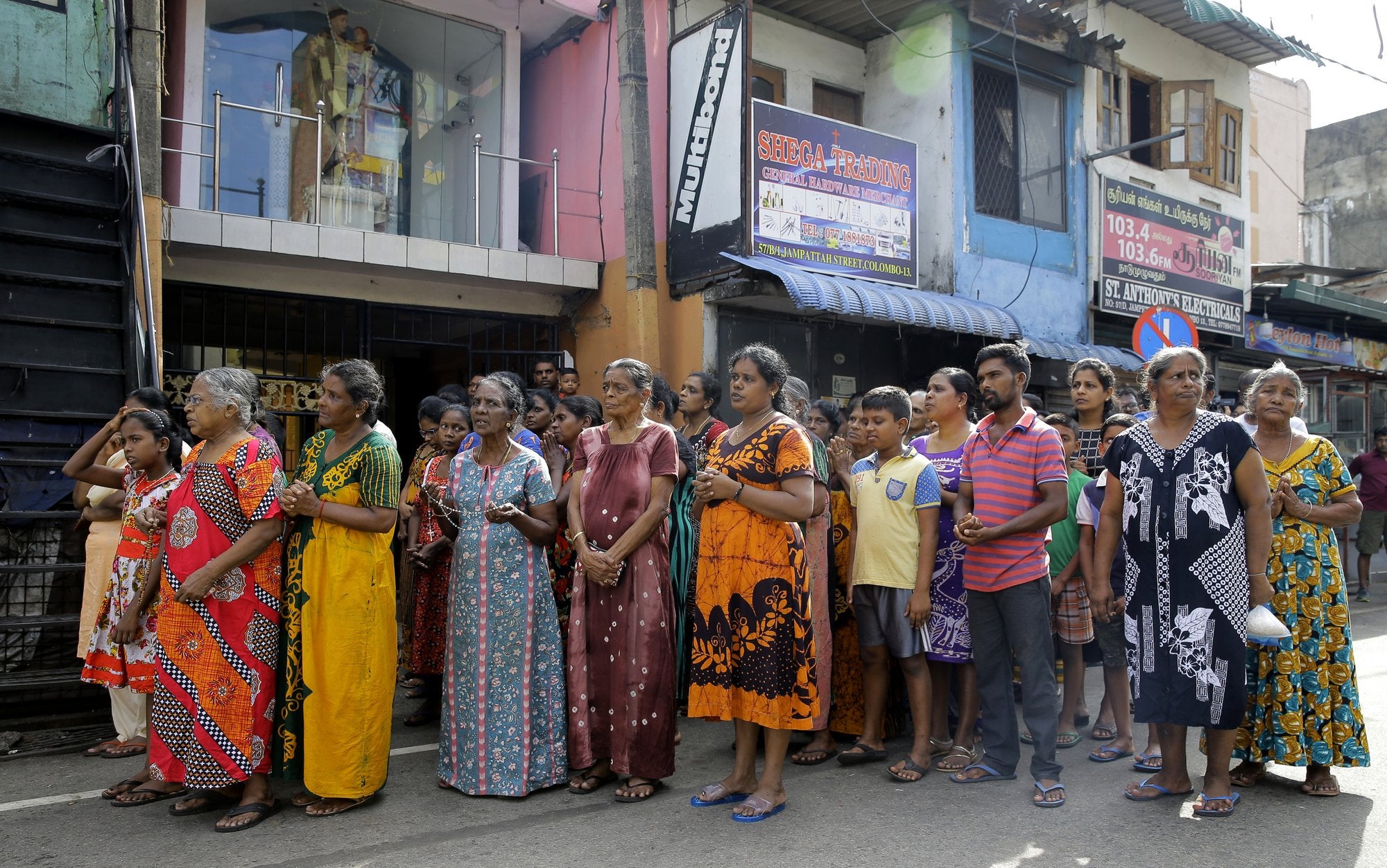 COLOMBO, Sri Lanka (AP) — The warning in the April 11 letter was plain: A local group was planning a suicide terror attack against churches in Sri Lanka.

Priyalal Disanayaka, the deputy inspector general of police, signed the letter addressed to the directors of four Sri Lankan security agencies. He identified Mohammed Zaharan as the leader of “National Thawheek Jaman” and said state intelligence showed Zaharan’s group was planning a suicide attack in the country.

Disanayaka asked the four security directors to “pay extra attention” to the places and VIPs in their care.

The intelligence report attached to his letter, which has circulated widely on social media, was written in both the local Sinhala language and English. It called the group National Towheed Jamaar and said was led by Zahran Hashmi, and was targeting “some important churches” in a suicide terrorist attack that was planned to take place “shortly.” The report named six individuals likely to be involved in the plot.

The variance on the names wasn’t explained. The letter bears the seal of the ministerial security division.

On Monday, Sri Lanka’s health minister held up a copy of the intelligence report while describing its contents, spurring questions about what Sri Lanka police had done to protect the public from an attack.

It was not immediately clear what steps were taken by any of these security directors. Disanayaka did not answer calls or messages seeking comment.

But as Sri Lanka’s leaders wrangled the aftermath of an apparent homegrown militant attack and massive intelligence failure, security was heightened Tuesday and the military was employing powers to make arrests it last used when the devastating civil war ended in 2009.

Among the 40 people arrested on suspicion of links to the Easter bombings were the driver of a van allegedly used by the suicide bombers and the owner of a house where some of them lived.

Heightened security was evident an international airport outside the capital where security personnel walked explosive-sniffing dogs and checked car trunks and questioned drivers on roads nearby. Police also ordered that anyone leaving a parked car unattended on the street must put a note with their phone number on the windscreen, and post officers were not accepting pre-wrapped parcels.

A block on most social media since the attacks has left a vacuum of information, fueling confusion and giving little reassurance the danger had passed. Even after an overnight curfew was lifted, the streets of central Colombo were mostly deserted Tuesday and shops closed as armed soldiers stood guard.

On what was declared a national day of mourning for the attacks, police spokesman Ruwan Gunasekara said the death toll had risen to 310, with hundreds more wounded.

Prime Minister Ranil Wickremesinghe said he feared the massacre could unleash instability and he vowed to “vest all necessary powers with the defense forces” to act against those responsible.

Word from international intelligence agencies that a local group was planning attacks apparently didn’t reach the prime minister’s office until after the massacre, exposing the continuing political turmoil in the highest levels of the Sri Lankan government.

Health Minister Rajitha Senaratne said the warnings started April 4, the defense ministry wrote to the police chief and police wrote April 11 to the heads of security of the judiciary and diplomatic security division.

Sirisena, who was out of the country Sunday, had ousted Prime Minister Ranil Wickremesinghe in October and dissolved the Cabinet. The Supreme Court reversed his actions, but the prime minister has not been allowed into meetings of the Security Council since October, leaving him and his government in the dark about the intelligence.

Authorities said they knew where the group trained and had safe houses, but did not identify any of the seven suicide bombers, whose bodies were recovered, or the other suspects taken into custody.

Also unclear was a motive. The history of Buddhist-majority Sri Lanka, a country of 21 million including large Hindu, Muslim and Christian minorities, is rife with ethnic and sectarian conflict.

In the 26-year civil war, the Tamil Tigers, a powerful rebel army known for using suicide bombers, was finally crushed by the government in 2009 but had little history of targeting Christians. Anti-Muslim bigotry fed by Buddhist nationalists has swept the country recently, but there is no history of Islamic militancy. Its small Christian community has seen only scattered incidents of harassment.

Two of the stricken churches are Catholic and one Protestant. The three hotels and one of the churches, St. Anthony’s Shrine, are frequented by foreigners. Tourism Minister John Amaratunga said 39 foreigners were killed, although the foreign ministry gave the figure as 31. The reason for the discrepancy wasn’t clear, but some victims were dual nationals.

Cardinal Malcolm Ranjith, the archbishop of Colombo, said the attacks could have been thwarted.

“We placed our hands on our heads when we came to know that these deaths could have been avoided. Why this was not prevented?” he said.