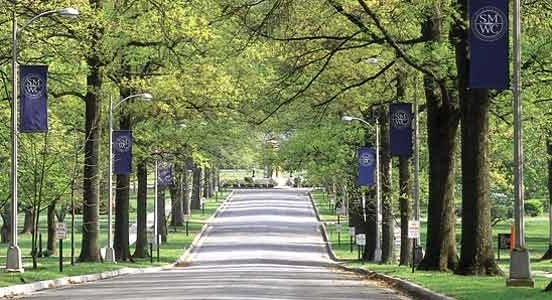 St. Mary-of-the-Woods College will begin accepting applications from men immediately as commuter students for the fall and it expects to admit men as residential students in the fall of 2016, it said. Currently, the college enrolls both men and women for online and graduate programs only.

The school’s Board of Trustees voted unanimously to become fully coeducational on May 1 after considering such a move for the past year, the news release said.

Key to the decision are enrollment and national statistics showing less than 2 percent of college-age women will consider a single-gender institution, the college said in a news release.

“We cannot be relevant to all women when 98 percent of women will not consider us,” school President Dottie King said.

U.S. women’s colleges that have admitted men have experienced higher enrollments of women, the college said, adding it “anticipates a similar trend.”

Since 1960, 52 of the 230 women’s colleges in the U.S. have closed, 22 have merged with other colleges or universities and 39 have become coeducational, St. Mary-of-the Woods said.

King told the Tribune-Star the college needs 800 students to sustain its undergraduate program but projections show it will barely top 300 this fall.

King noted that Sweet Briar College in Virginia, a 114-year-old women’s college, announced in March it will close at the end of August, citing “insurmountable financial challenges.” The college had a $94 million endowment – much larger than that of St. Mary-of-the-Woods, she said.

“It sent a few shock waves through our community,” King said. “If a college that had that much money could close, what did that mean for us?”

King will appoint a team of alumni, faculty, staff, board members and students to implement the changes while considering areas including academics, athletics, campus culture, facilities, security and student life.

The college is sponsored by the Sisters of Providence religious order.