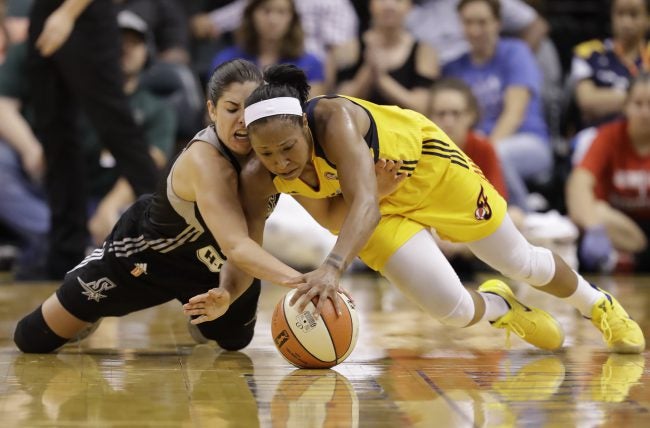 San Antonio led by 12 points midway through the fourth quarter, but Briann January made a 3-pointer with 1:40 left to pull Indiana to 69-64. Dearica Hamby answered with a layup, and McBride made eight straight free throws to seal it.

The Fever set a franchise best attendance on kids’ day with a crowd of 12,282.