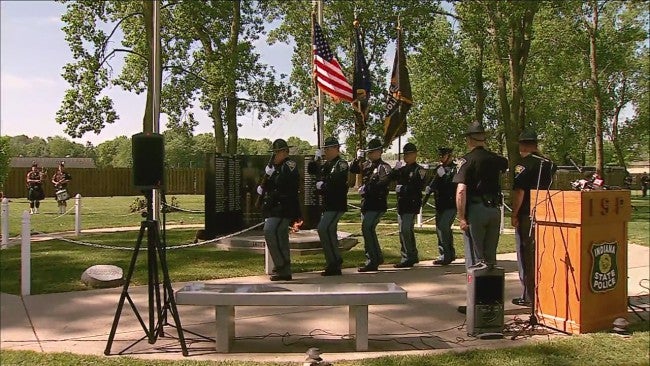 A memorial service was held at the Indiana State Police Post on East 21st Street.

All the names of troopers across the state who lost their lives dating back nearly 100 years ago were read during the service.

Troopers at Tuesday’s service stood at attention until the ceremony came to a close with a gun salute, followed by the playing of “Taps.”