State trooper terminated after admitting to relationship with 17-year-old 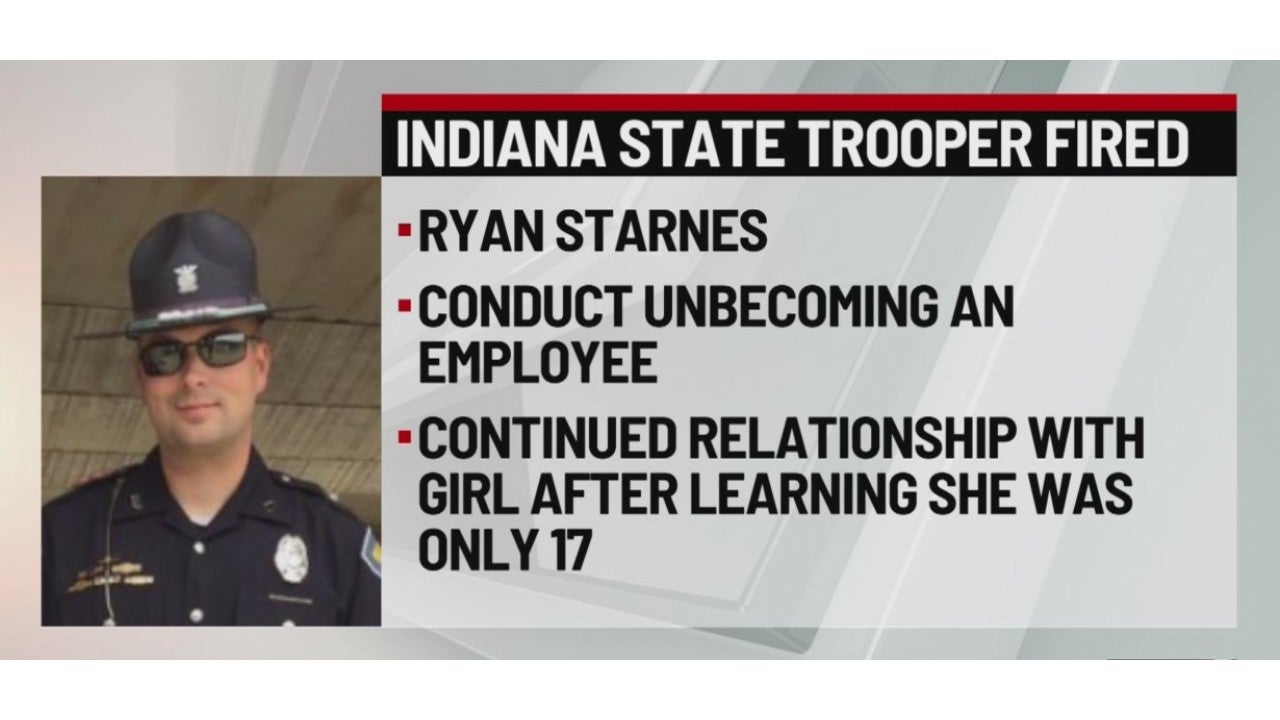 INDIANAPOLIS (WISH) — An Indiana trooper has been fired after admitting to having a relationship with a 17-year-old girl.

Senior Trooper Ryan Starnes, who served the Bloomington district, was dismissed Feb. 28 for committing “conduct unbecoming an employee,” an administrative charge, by continuing a relationship with a female from July to October after learning she was 17 years old, a state police document said.

The girl’s parents filed a complaint with the department, and Starnes appeared before ISP Superintendent Doug Carter to answer to the charges on Feb. 22, the document said.

State police on Friday did not respond to a question of whether Starnes would face any criminal charges in connection to the relationship.