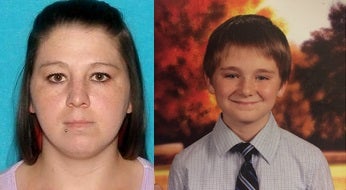 According to officials, 9-year-old John Gyuriak was was found with his mother at a gas station after witnesses tipped off police. The Amber Alert was called off around 9 a.m. Thursday.

He was previously believed to have been in extreme danger. He was last seen Wednesday night at 11 p.m. in South Bend.

The suspect is 29-year-old Areca Nicole Gyuriak and was believed to be driving a tan 2008 Dodge Charger.

John is 4’1″ and 70 pounds, with brown hair, brown eyes and a scar above his right eye. He was last seen in a red Chicago Bulls jersey with “Rose #1” on the back and black Under Armor athletic shorts with a white stripe.