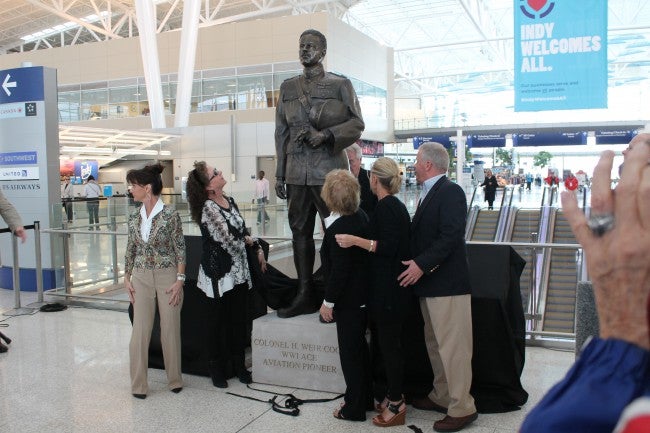 A new statue of Colonel Harvey Weir Cook, a pioneer in commercial and military aviation was unveiled at IND. Cook founded Indiana’s first principal airport in 1931, which would later become the IND.

The seven-foot tall bronze statue stands on a pedestal made of Indiana limestone. It is now on now display at the entrance of Weir Cook Memorial Terminal. The sculpture was created by a local artist, Bill Wolfe.

“Col. H. Weir Cook’s statue serves as a historical reminder of the achievements of this remarkable Indiana aviation pioneer and his connections to both commercial and military flight in Indiana. The Indianapolis Airport Authority is proud to honor this Hoosier hero.” according to a release from the Military/Veterans Coalition of Indiana.