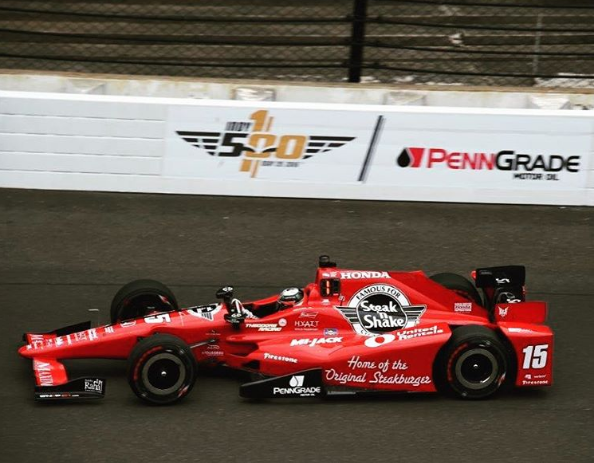 BROWNSBURG, Ind. (AP) – IndyCar driver Graham Rahal will continue to have Steak ‘n Shake as his primary sponsor for four races in 2017.

Rahal Letterman Lanigan Racing made the announcement Wednesday. It’s the third season the American will be paired with the restaurant on his car.

The familiar logo will appear on Rahal’s No. 15 car at the season opener in St. Petersburg, the Indianapolis 500, Mid-Ohio and St. Louis. Maxim Magazine also will have a prominent display on Rahal’s car.

Team owner Bobby Rahal, Graham’s father and the 1986 Indy 500 winner, called it “great” to have Steak ‘n Shake back.

Last season, Rahal finished second at Alabama won at Texas in the closest race of the season – and the fifth closest in series history.