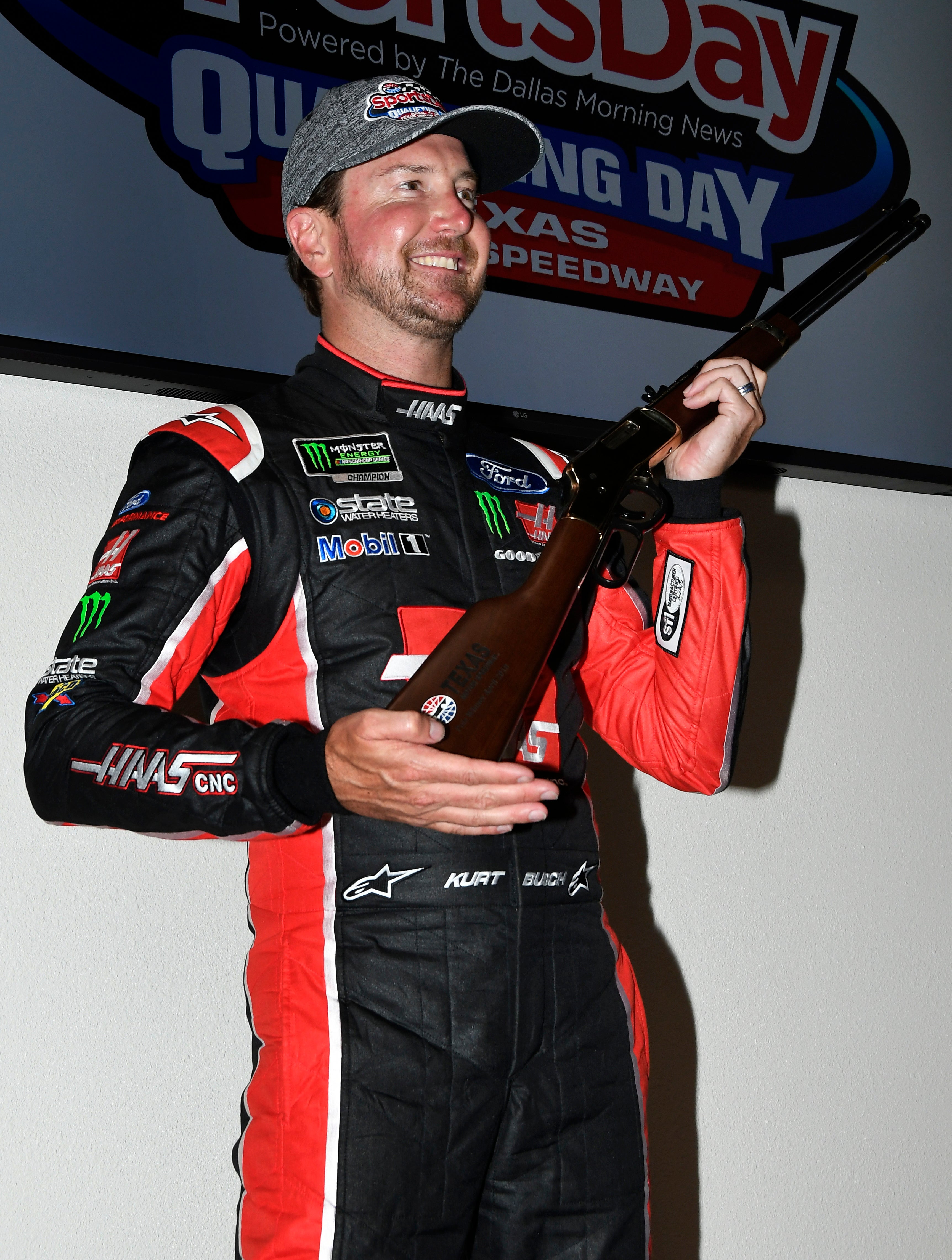 Kurt Busch got a little more aggressive in the first round of qualifying, and it paid off with a pole at Texas Motor Speedway.

Busch and his Stewart-Haas Racing teammates Kevin Harvick and Clint Bowyer will start in the top three spots in Texas after a weather-shortened qualifying session Friday.

“The thought that weather was in the area, it hadn’t crossed our minds, but yet you’ve got to play all three rounds as smart as you can,” Busch said. “I think round two, we would have picked up even more speed. Round three, that’s where we would have made a big gamble to see if we could still maintain that pace. But I’m glad we had the pace right off the truck.”

With his top lap of 197.368 mph, Busch earned his first pole this season and the 32nd in his career.

There was initially a delay because of lightning in the area soon after the first round had been completed to determine the top 24 drivers. The second and third rounds of qualifying were eventually canceled because of more lightning and threatening weather.

Harvick won at Texas in November and his three-race winning streak earlier this season included the only two races so far at 1 1/2-mile tracks. He had a lap of 197.116 mph and will start ahead of Bowyer, who before the Easter weekend break won at Martinsville two weeks ago to end a 190-race winless streak that dated to 2012.

“We had a good lap and just got beat by a little bit,” Harvick said. “We didn’t really realize that was going to be the last one, but we felt there was a chance. Kept it in the family, and that’s a good thing for Stewart-Haas Racing, and hopefully we can continue the trend of running well for the rest of the weekend.”

FORD FOUR: With Ryan Blaney qualifying fourth, Ford took the top four spots and had half of the top 10. Denny Hamlin and Martin Truex Jr., who qualified fifth and sixth, were among three Toyotas in the top 10, while Chevy had 10.

LET IT RAIN: “I’m in the top 10, let it rain,” Jimmie Johnson said with a laugh after the first round while in the initial delay. While it hadn’t rained before NASCAR made its decision, Johnson got his wish.

“I was just telling Alex (Bowman) we started off and struggled pretty bad. I think the track was just really far off from what we anticipated,” Johnson said. “At the very end of practice, things started going much better for us and popped off a decent lap there and making good gains.”

Johnson is a seven-time Cup winner at Texas. That is a track record like his 1,041 laps led in his first 29 starts.

WHO’S OUT: Nobody, since only 37 cars went through qualifying for the race.