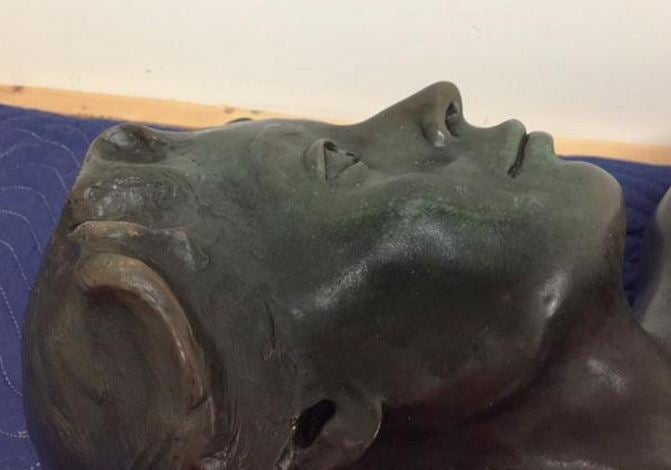 BLOOMINGTON, Ind. (WISH) — An important piece of Indiana University’s art has been located, according to IU officials.

The statue of Eve was found after it was reported stolen on Thursday. However, it is terribly damaged the university said in a tweet on Friday.

BREAKING: The statue of Eve has been found, although terribly damaged. Thanks to everyone who helped in the recovery. pic.twitter.com/wz4ksU97PV– Indiana University Bloomington (@IUBloomington) May 29, 2015

The 300-pound bronze sculpture is part of a pair meant to be Adam and Eve. Installed just six weeks ago, the pair barely had time to get used to their new garden before Eve was sawed off and stolen.

IU Fine Art Professor Emeritus Anthony Droege, who donated his works to the University, said as long as the work was returned he wasn’t concerned about who stole it.