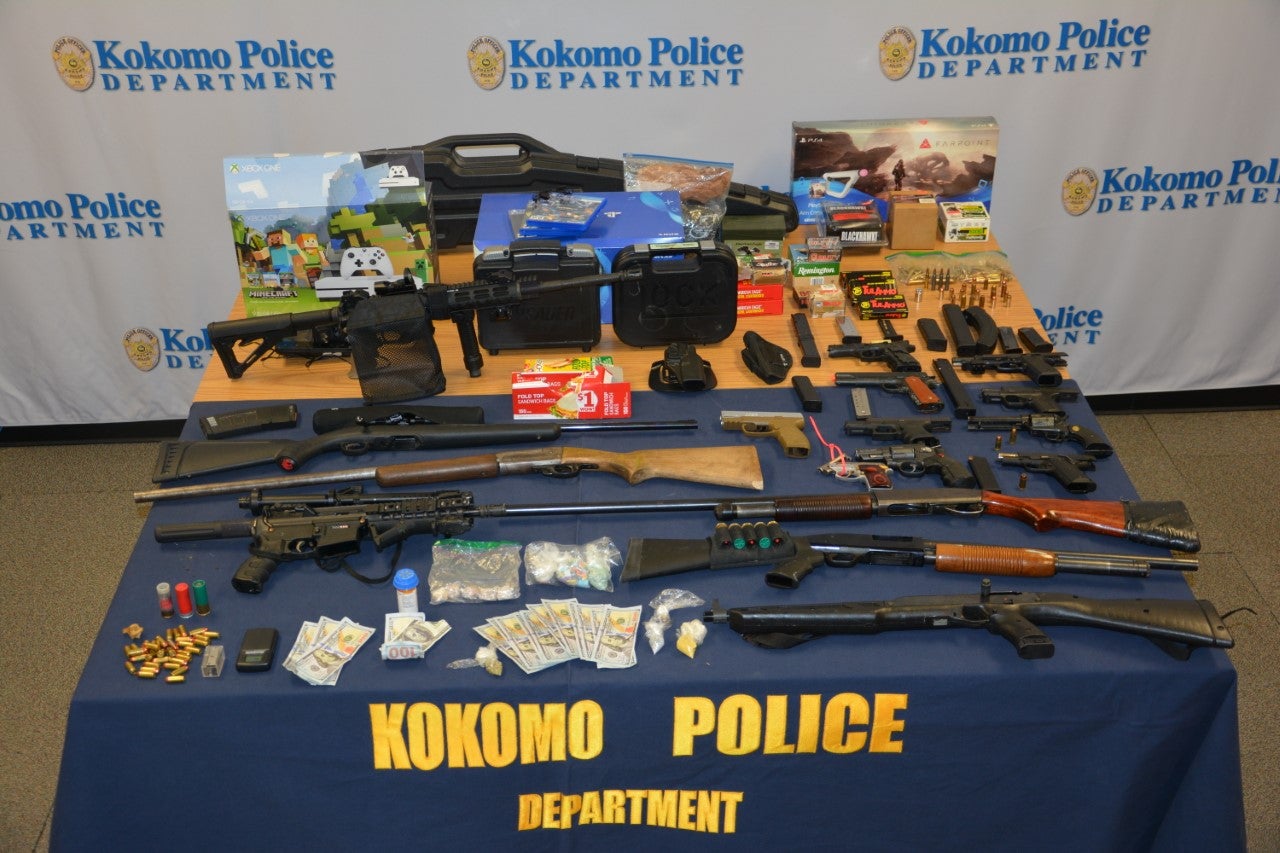 KOKOMO, Ind. (WISH) — Two people in Kokomo have been arrested after an investigation into a stolen Xbox led officers to drugs, guns and counterfeit cash.

The Kokomo Police Department said 30-year-old Ricky Walker of Kokomo and 23-year-old Nakia Terrell of Kokomo have been arrested in the case.

Investigation into two cases led officers to the men.

On Wednesday afternoon, a 26-year-old Kokomo woman went to the 400 block of North Apperson Way to sell an Xbox to someone she had met online. She says the man took the Xbox and ran away.

The description she gave officers matched the description officers received about 90 minutes later of an armed robbery in the 900 block of North Bell Street.

On Bell Street, a man and a woman arranged to meet a man from Facebook in order to sell an Xbox.

They met two men and one them had a handgun. Several items were taken from the pair.

Information from citizens came in that led officers to a residence in the 700 block of Bell Street.

After a search warrant was obtained, a search of the residence turned up Xbox game systems, handguns, rifles, ammunition and counterfeit cash. Drugs believed to be heroin, ecstasy and marijuana were also found.