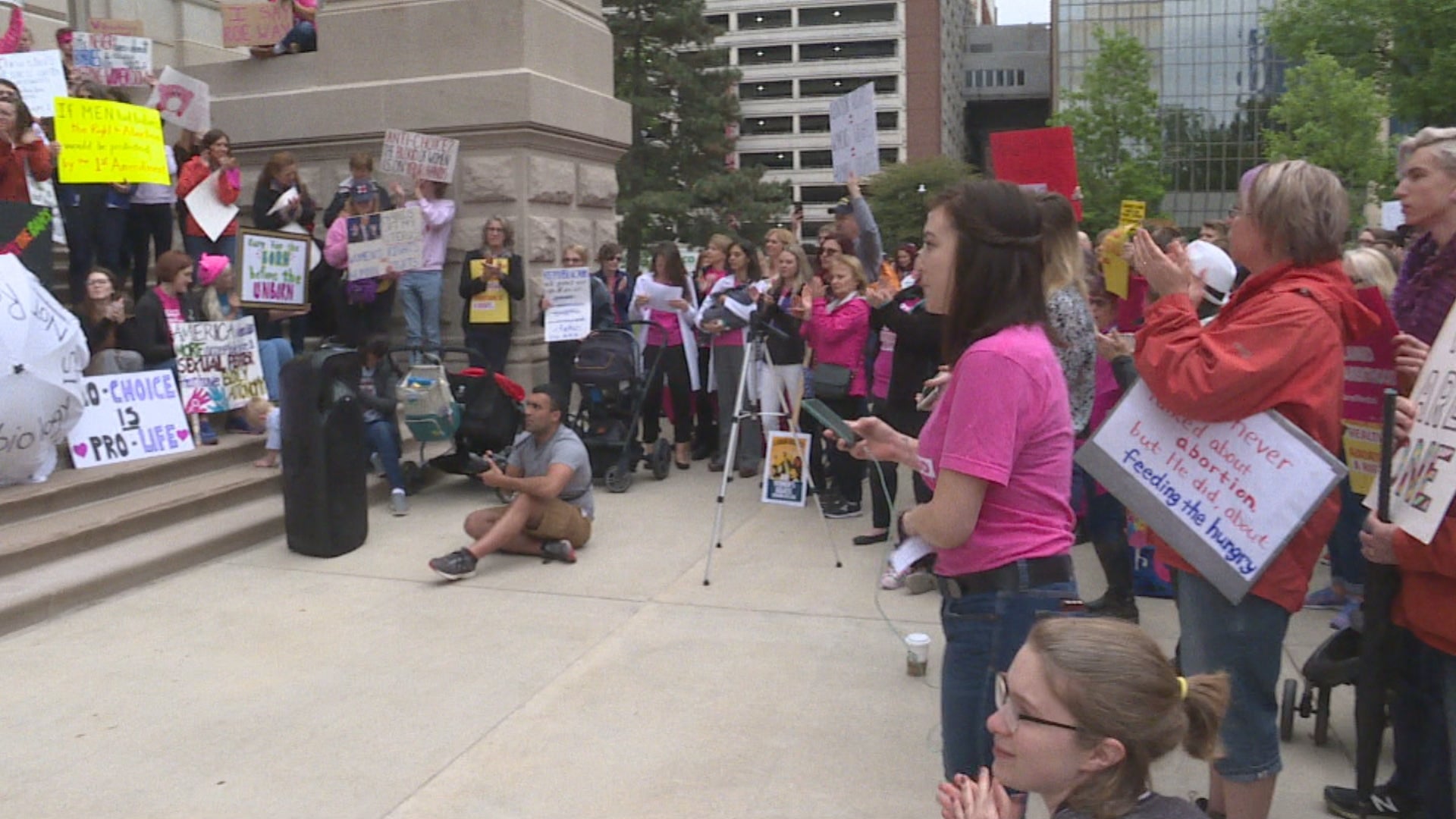 INDIANAPOLIS (WISH) — Hundreds of people gathered at the Indiana Statehouse on Tuesday afternoon for a #StopTheBans rally.

The people at the Statehouse were frustrated and upset because they want to stop the growing number of states creating more restrictive abortion laws. They see it as a domino effect.

People at the rally for #StopTheBans — a partnership of dozens of national groups that called for rallies at noon Tuesday across the nation — said their next plan is to call their lawmakers to get their voices heard.

“The government needs to get out of women’s bodies,” said Avon resident AnnaKay Blaschke, who attended the rally. “They have no place taking care of our health care. It’s our choice. It’s our right.”

The Statehouse rally was in unison with other groups doing the same nationwide Tuesday.

Indiana Attorney General Curtis Hill did not attend the rally, but gave his opinion on the abortion laws being passed nationally.

“From my standpoint, it’s very important in this country that we consider life as sacred,” Hill said.

Indiana’s abortion laws kept coming up in Tuesday’s rally. Just weeks ago, Indiana Gov. Eric Holcomb signed a bill into law that bans what are called dilation and evacuation abortions during or after the second trimester unless it’s to prevent serious health risks to the mother or to save the mother’s life.

“This action of banning live dismemberment does nothing toward that underlying issue of whether or not this person is able to have an abortion, which in certain circumstances is legal in the state of Indiana,” the attorney general said. “What it does is prohibit procedures that our General Assembly has determined to be gruesome, cruel and unusual.”

Hill said Holcomb and the legislature made the right decision with the law.

The American Civil Liberties Union of Indiana disagrees. It’s suing the state to stop the law.

Hill said he’s ready to defend Indiana. “It’s our job to defend the law but it’s also our responsibility to protect endangered lives.”