Stores take stock of winter items ahead of storm 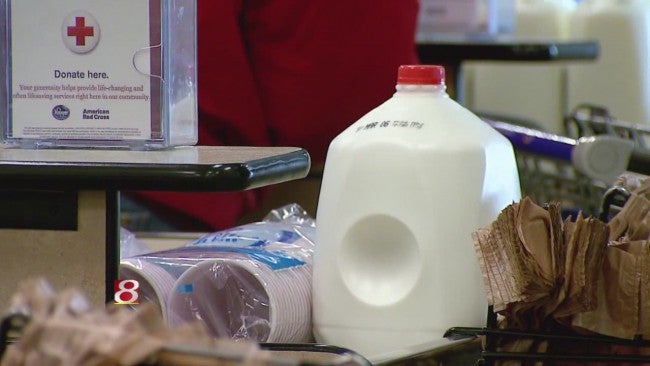 INDIANAPOLIS (WISH) – The approaching weather means many are stocking up on staples like bread and milk but some items, such as shovels, snow blowers and ice melt aren’t flying off the shelves this winter.

Despite how bitterly cold it has been, this winter is being called mild. Last year by this time there had 51 inches of snow, compared to just nine inches so far this winter. Hardware stores,such as White’s Ace Hardware in Nora is waiting for the onslaught of ice and snow and hoping that means a mad rush through their doors.

“Our business is predicated on, especially in the winter time  of moving winter items like this,” said store manager, Dean Bontreger.

But it’s been a slow winter for that. Bontreger said virtually nothing is selling – unlike last year.

“We couldn’t keep shovels on the shelf fast enough. Snow blowers were going out just left and right,” he said. “We had a banner year selling those but this year we have not hardly moved any,” said Bontreger.

That hasn’t been the case at most grocery stores, however. Forecasts of any sort of snow and ice event sends folks scrambling to stock up on the staples – bread, eggs and milk.

“That’s another reason why we’re buying, yes, because of the weather,” said Ramona Smith.

All in an attempt to make sure they aren’t caught off guard.

“We stock up pretty well at home,” David Smith said.

Others like Martha Duncan said the mad rush isn’t for them.

“I do not stock up for weather. Just buy what I need and take a chance on it,” Duncan said. “I got some meal and flour and I can make some bread.”

And then there are the shoppers who find other ways to prepare for a cold winter weekend – with coffee – lots and lots of coffee.

“It’s something that you can have around the house and just enjoy,” Shahpar Johansen said. “Like a luxury when the weather’s cold.”