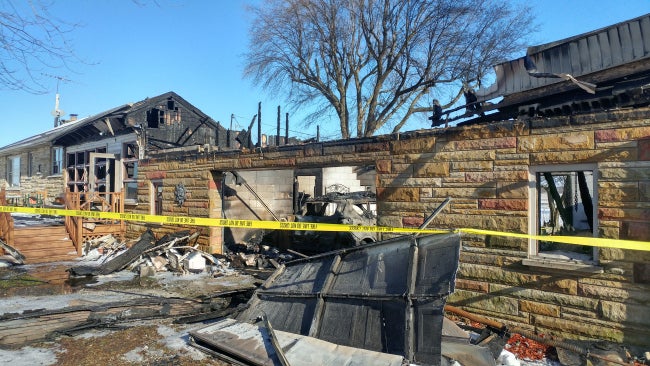 NEWTON COUNTY, Ind. (WLFI) – A Newton County woman may be alive because of a stranger traveling on U.S. 41.

Firefighters in Morocco said, at about 8:30 Thursday morning, they received several calls from drivers about a structure fire on Newton County Road 600 North, which intersects with U.S. 41.

First responders said the garage of the home was engulfed by the time they arrived.

The home belongs to Bill and Tammy Blackwell.

Tammy was sleeping in the house when the fire started. She said a stranger, who came in to alert any occupants, woke her up.

The stranger said he was from Kentucky, but by the time fire crews arrived – he was already gone.

It took 10,000 gallons of water to extinguish the fire, and the garage and breezeway were a total loss.

The cause was found to be electrical.