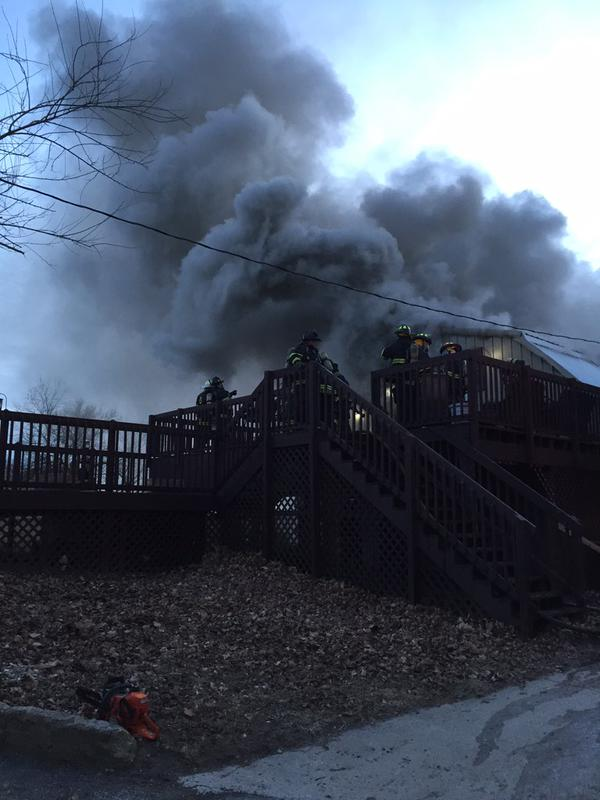 INDIANAPOLIS (WISH) – It took Indianapolis firefighters three hours to put out a fire on the far east side of the city Sunday afternoon.

Firefighters responded to the 10000 block of East Indian Creek Road South around 5:30 p.m. and found a home and adjacent pole barn on fire. This is near East Edgewood Avenue and Acton Road.

Several obstacles, including the frigid temperatures, created a difficult battle for firefighters. The structure was far from the roadway which made water pumping efforts somewhat of a challenge.

Officials say they also had to unfreeze equipment and bring in extra crews over the hours-long incident.

A family of three escaped unharmed. Two firefighters were slightly hurt and transported to Indianapolis hospitals to be checked out.

The family says they’re unsure how the fire started but they think there may have been a problem with the furnace.