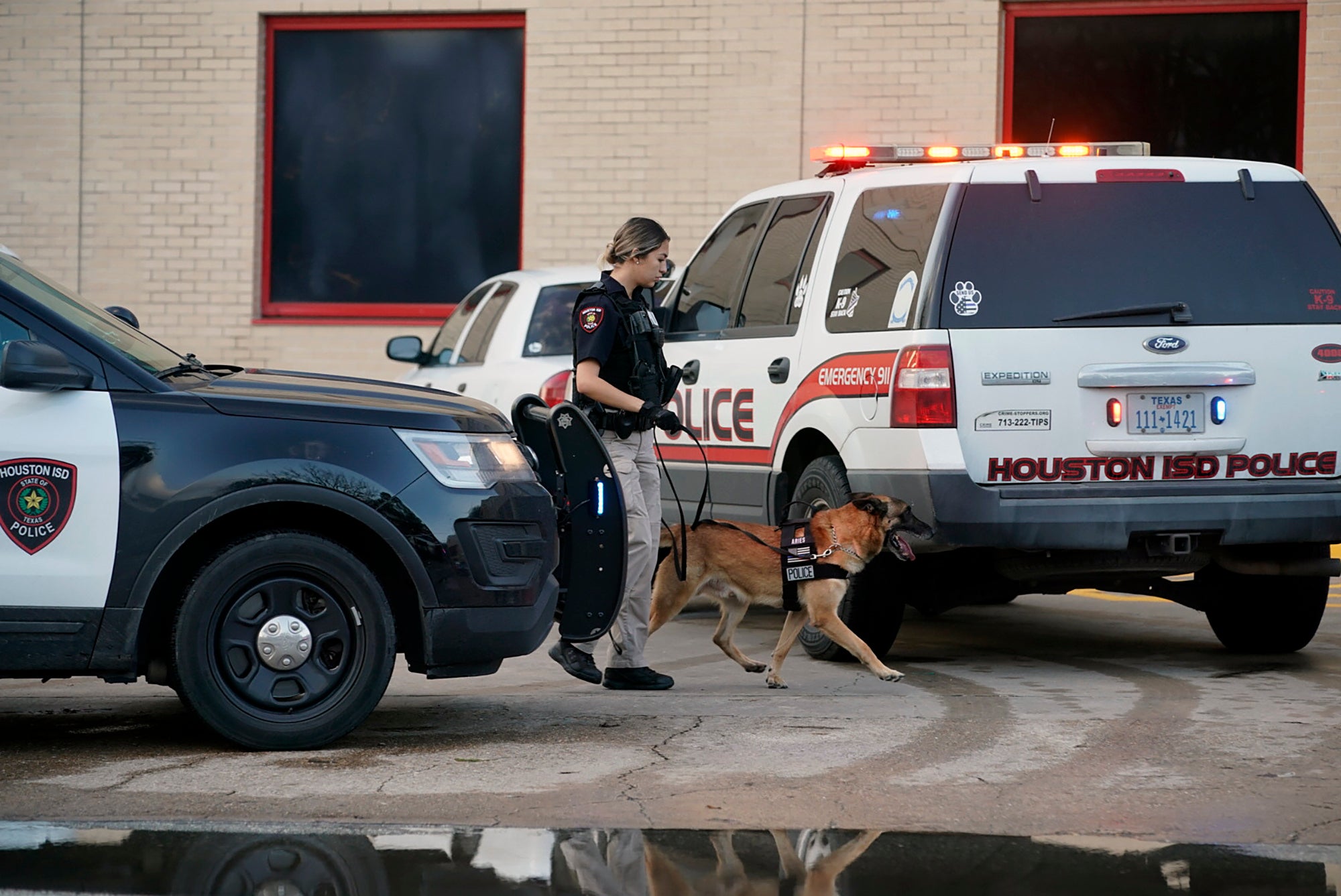 BELLAIRE, Texas (AP) — A 16-year-old student was shot to death Tuesday at a Texas high school, and a suspect was arrested hours later, officials said.

Grenita Latham, interim superintendent of the Houston Independent School District, confirmed the shooting victim at Bellaire High School had died. She gave no other information and took no questions.

A suspect and another person police said was connected to the case were arrested about 3 1/2 hours after the shooting Tuesday night, according to statements from the school district and Bellaire police. They said no other information would be released for now, including further details about where the shooting occurred in the school complex, whether the suspect was a student or what led to the arrest.

The district announced classes had been canceled Wednesday, after Latham originally said they were going on as scheduled.

Emergency crews were seen performing CPR as the student was carried on a stretcher to an ambulance outside the school, KPRC-TV reported. There were conflicting media reports about whether the shooting happened inside or outside the school.

The city, a suburb south west of Houston, confirmed on Twitter that there was a shooting and said the suspect is still at large. It advised resident to avoid the area around the school or remain in their homes. Officials gave no update on the suspect’s status later at a news conference.

Television footage from the school showed students gathered outside and police cars and an ambulance with their lights blazing.