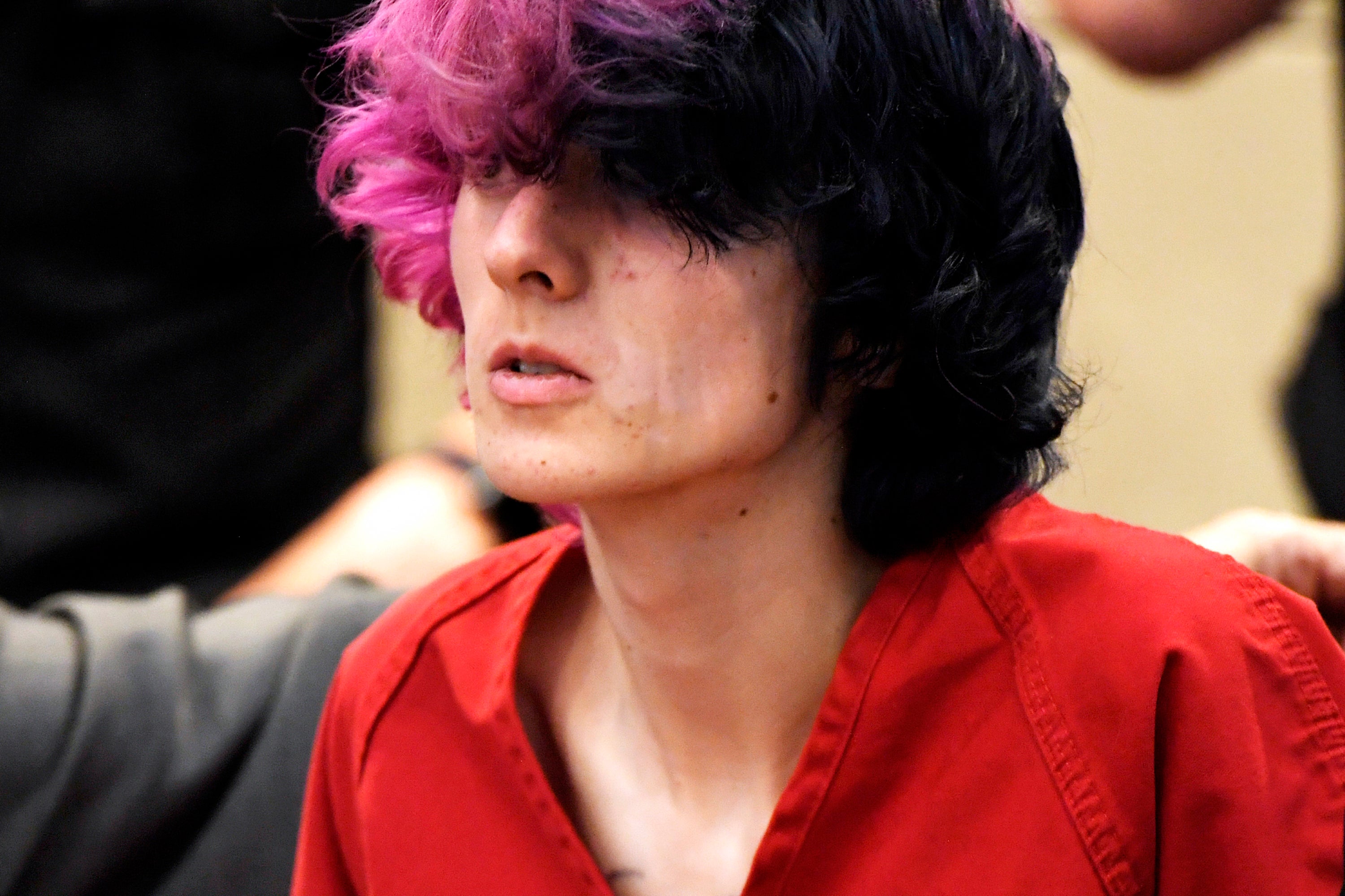 HIGHLANDS RANCH, Colo. (AP) — Nearly 2,000 people turned out Wednesday for a memorial service to honor the Colorado teenager who was killed while charging one of the two gunmen who opened fire inside a high school and shot nine people just days before graduation.

A line of Jeeps and trucks stretched along a Highlands Ranch roadway ahead of the service for Kendrick Castillo, 18, who was a Jeep and off-road vehicle enthusiast. His casket was draped with yellow and blue flowers that represented the colors of the STEM School Highlands Ranch, and the stage of the church where the service was held was adorned with symbols of his passion for science, the outdoors and his faith.

His father, John Castillo, said it was no surprise to him and his wife, Maria, that their son acted as he did on May 7, when he and two classmates disarmed one of the suspects. He urged those in attendance to be more like his son and put love and compassion for others first.

“We love our community,” Castillo said. “We’re a family of three and a little dog, but you know, I feel the love of thousands.”

Speaker after speaker praised the young man, focusing on his character and the accomplishments of his short life. References to the shooting were few, including one by Dakota Mann, who was on the school robotics team with Castillo.

Earlier Wednesday, the Castillos attended court hearings for the two teenagers accused of killing their son and wounding eight other students. Investigators say the accused assailants, 18-year-old Devon Erickson and 16-year-old Alec McKinney, opened fire with handguns. They were arrested at the school.

Erickson and McKinney appeared in court to face dozens of criminal charges that include murder, attempted murder, arson and theft.

While court documents are sealed, the charges against the teenagers were listed in electronic court records. Prosecutors said both will be tried as adults. McKinney’s attorney, Ara Ohanian, said he would seek to move McKinney’s case back to juvenile court.

Judge Theresa Slade denied the prosecution’s request to make some of the documents public but said she would address the issue at the next hearing on June 7.

Erickson appeared more involved in Wednesday’s proceedings compared with his initial court appearance last week. His face was visible, and he looked forward toward the judge while attorneys discussed the case.

He wore a jail uniform and was kept shackled at his wrists and ankles after the judge denied a request to remove them.

McKinney appeared in court after Erickson. He glanced back several times during the hearing toward the bench where his mother was sitting.

Castillo’s father stared at both defendants during their hearings.

“It would have been easy for them to say, ‘I’m not going to make it to court today because in less than two hours we’re going to have a memorial service for our son,'” District Attorney George Brauchler said of Castillo’s parents. “But from the word go they have made it clear that our intention is to be here for every single hearing.”

Brauchler also revealed that he has asked an outside prosecutor to investigate whether charges should be filed against a private security guard who has been credited with apprehending one of the suspects in a hallway.

Brauchler did not explain why the security guard would face charges. A law enforcement official told The Associated Press last week that the guard, a former Marine who has not been named, fired his weapon during the shooting.

Two news organizations citing anonymous sources reported that authorities are investigating whether the guard mistakenly fired at a responding sheriff’s deputy and may have wounded a student.

Brauchler did not directly address those reports.

“This is a witness in the case, and I felt like in the abundance of caution that a decision about the facts related to the security guard needed to be addressed by a separate prosecutor,” Brachler said.

The security guard’s attorney, Robert Burk, said last week that his client acted to protect the children at the school. Burk did not immediately respond to an email seeking comment on Wednesday.

Castillo and classmates Brendan Bialy and Joshua Jones were credited with helping minimize the bloodshed by charging at one of the suspects in a classroom.

According to Bialy, Castillo sprang into action against the shooter “and immediately was on top of him with complete disregard for his own safety.” Jones said he was shot twice in the leg during the ordeal. Bialy said he was able to take the attacker’s weapon.

Jones, 18, said Tuesday that he is recovering quickly from his wounds, but said emotionally he’s “still in a bit of a funk.”

All of the wounded students have been released from hospitals.

The shooting happened nearly three weeks after the neighboring town of Littleton marked the 20th anniversary of the Columbine High School attack that killed 13 people. The two schools are separated by about 7 miles (11 kilometers) south of Denver.