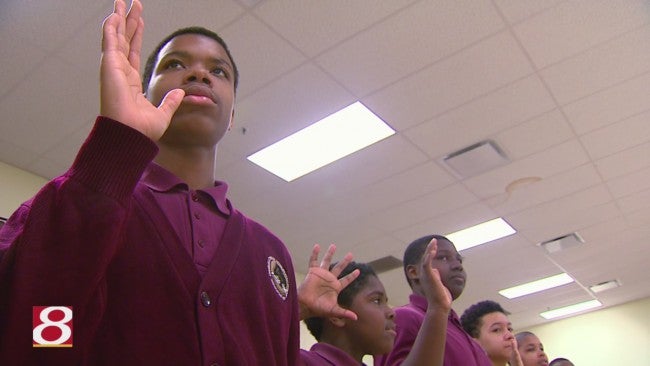 It was delivered by those standing in the front lines: the chief of police, a juvenile court judge and a US attorney.

They handed out a paper that said:

If you see a gun, don’t touch it. I will remember that any gun I see might be loaded. I know how important it is to keep myself safe.

“I’ve overlooked cases where twelve-year-olds have access to a loaded gun and fourteen-year-olds have nine millimeters,” juvenile judge Geoffry Gaither said. “Kids need positive role models. I hope they listened to what we had to say.”

The middle school students were given the opportunity to take the anti-gun violence pledge and sign the paper as a reminder to keep on the right path.

“One bad mistake or decision can ruin your life,” said IMPD Police Chief Rick Hite. “Many took the pledge to not partake in gun violence today. I hope they stick to it.”