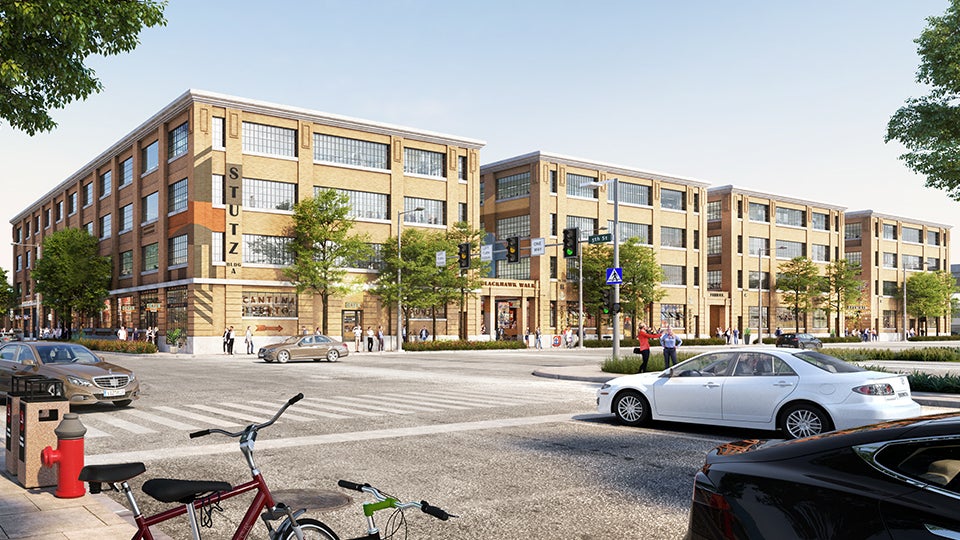 INDIANAPOLIS (Inside INdiana Business) — The founder and principal of New York-based SomeraRoad Inc. says the planned $60 million redevelopment of the historic Stutz property in downtown Indianapolis will help create a sense of community that will be a game changer for downtown Indy. The real estate company announced plans to transform the Stutz into a multi-use property that will include office, coworking, retail, dining and event space, as well as an artist collective. Ian Ross says he wants to create a “micro-neighborhood” within what he calls a beautiful, architecturally-significant and authentic building.

In an interview with Inside INdiana Business, Ross said the property was less than 25% utilized when SomeraRoad acquired it in January.

“We saw the opportunity to give it an adapted reuse, to give it a new life, to take some of that charm and character that it already has, but to build on it and to really bring it into the modern day and to make it this urban village, this really multidimensional campus-like environment in a node of downtown Indy that’s really the last node of downtown to develop,” said Ross.

Ross says the goal is to create a live-work-play-stay node of activity with the redevelopment.

“When I talk about a micro-neighborhood, that’s a neighborhood that’s multidimensional. It’s not just a single use. It’s that 24/7, 365 activated node of activity that’s got all these dimensions, so with retail, with restaurants both full-service and grab-and-go, with coffee shops and cafes, with taprooms to grab a drink after work, with places for breakfast or for lunch or for dinner, with fitness options, with offices … both for large companies and for small companies, and in today’s age, having a coworking component is really important to that mix.”

Ross says SomeraRoad is working with the city and state to work out the financing for the project. He says the first goal of the project is to activate the “ground plane,” which will include a Stutz museum honoring the history of the building, which will open sometime this year, as well as dining, health and wellness, retail and coworking elements which will open next year.

Additionally, Ross says an important component of the project is an artist collective, to be led by PATTERN Executive Director Paulina Osherov.

“She’s kind of the anchor tenant of that artist collective, which will have both indoor and outdoor space and really bring a unique node to the building, which again kind of pays homage to the building’s later years as an epicenter for the arts,” said Ross.