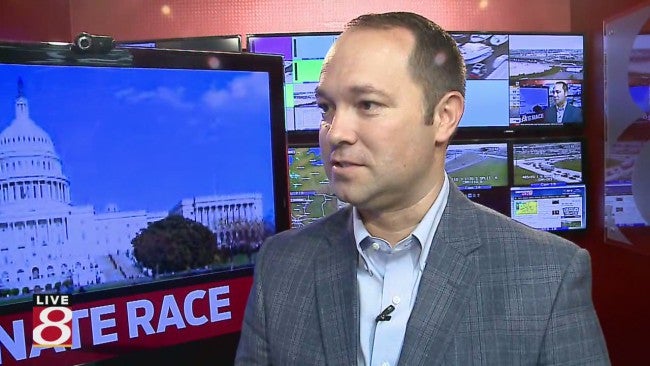 According to 24-Hour News 8 sister station, WANE, the Howe Republican on Monday filed paperwork with the Indiana Secretary of State’s Office required to appear on the May primary ballot. Stutzman is one of several vying to succeed senior Indiana Sen. Dan Coats, who is retiring after 2016.

“Today, with the help of devoted volunteers from all over our great state, I am pleased to say we are one step closer to sending a conservative to challenge the status quo in Washington D.C.,” said Stutzman.

Stutzman’s campaign said it has gathered more signatures statewide than any other candidate in the race for the Senate seat.

Stutzman will battle U.S. Rep. Todd Young and former Mitch Daniels aide Eric Holcomb for the GOP U.S. Senate nomination in the May primary. The winner will face Democrat Baron Hill in November.