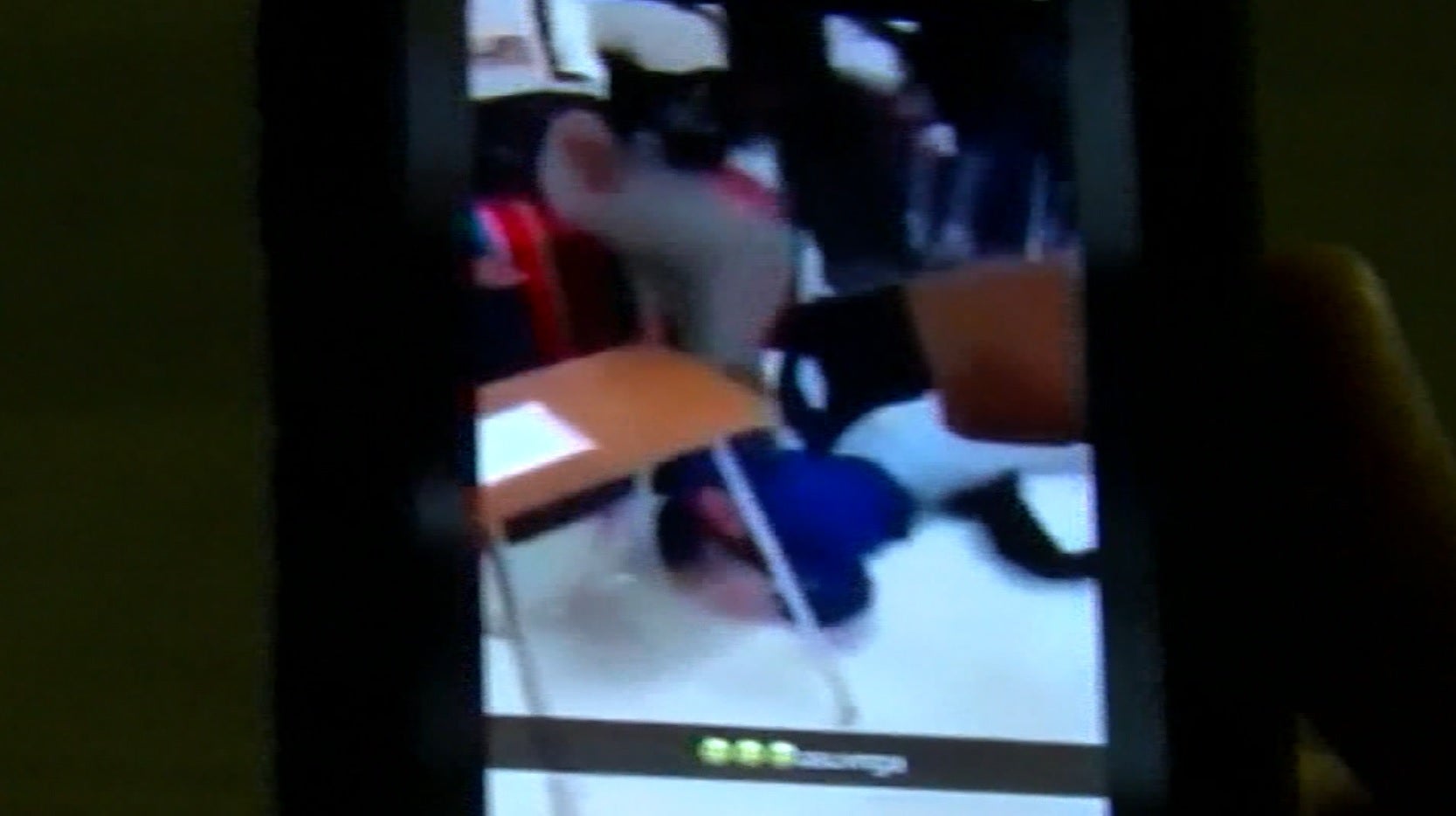 KYLE, Texas (WISH) — A substitute teacher in Texas has been fired and arrested after she was caught on video attacking a student.

She can be seen punching the girl, then stomping on her head when she is down.

Lankford has been charged with second-degree felony assault for the attack on the girl inside of a foreign language class at Lehman High School.

The girl was taken to a hospital. An attorney for the girl’s family says she has suffered “severe injuries” from the attack.

The school district said Lankford had worked for the district since August.