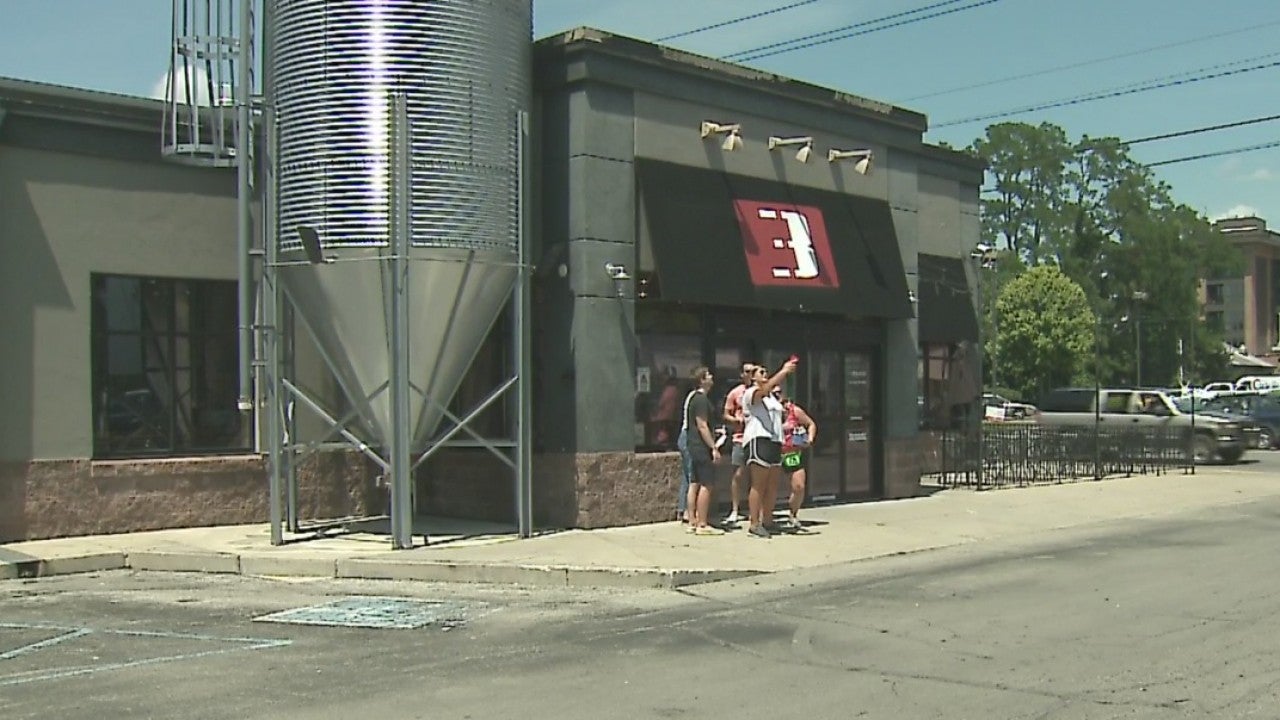 INDIANAPOLIS (WISH) – There are more than 40 craft breweries in Indianapolis. One of the oldest brewers in town, Sun King, has bought the shuttered Thr3e Wise Men location in Broad Ripple.

Sun King brewery in downtown Indianapolis is a beer drinker’s carnival. The back wall of the bar is loaded with taps with beer ready to flow. On a bright Friday afternoon, the beer flows freely in the tasting room.

“I’m not sure what we are going to produce up there yet if it is going to be a brewery or something else” said Dave Colt, one of Sun King’s co-founders and its head brewer.

On Friday afternoon News 8 found the Three Wise Men brewery in Broad Ripple still draws a crowd, even if it’s a group of lunch time walkers stopping to take a selfie. A weather-wrinkled and slightly yellowing letter on the door says this location closed June 9.

Adam Gillespie and a few of his co-workers were on a company-sponsored lunch time scavenger hunt that brought them into Thr3e Wise Men’s parking lot. The treasure they sought was not there, but they are looking forward to the doors opening again.

“I like Thr3e Wise Men, but I think you couldn’t get a better business coming in Broad Ripple then Sun King,” said Gillespie.

When Thr3e Wise Men closed, the managers simply locked the doors and walked away. The lights in the dining room were on and from all appearances the brewery looks ready to go.

“It needs a little cleaning of course. They walked away sadly, but yeah we can produce there. It has all of the kitchen equipment, all of the tables and chairs, fermenters, brewer house everything,” said Colt.

There has not been much, if any, brewery cannibalism in the Indianapolis craft beer market in recent years, and Sun King has given no indication it is buying all of the Thr3e Wise Men locations.

There is also nothing to indicate Sun King will resurrect the Thr3e Wise Men brand. Colt said the location came up for auction and he and his partners jumped at the opportunity to expand.