‘Supergirl’ moving from CBS to CW for season 2 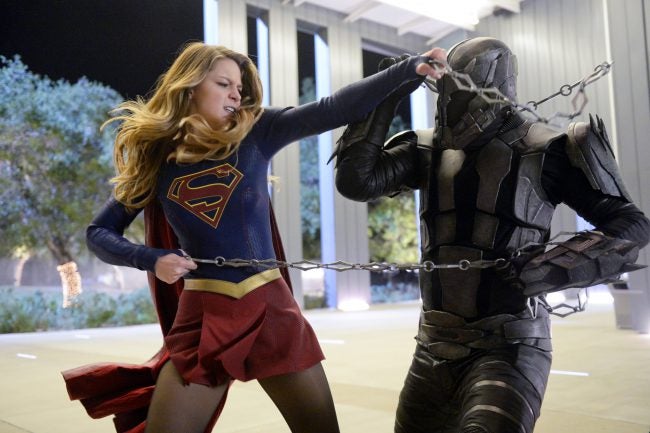 LOS ANGELES (AP) – “Supergirl” is flying to a new network for its second season.

The CW said Thursday that it’s picking up the series from CBS, where it debuted last year.

“Supergirl,” starring Melissa Benoist, should fit in at CW, currently home to three other superhero shows: “The Flash,” ”Arrow” and “DC’s Legends of Tomorrow.”

All are from prolific producer Greg Berlanti, who has placed yet another show at CW for next season, “Riverdale.”

Based on the Archie Comics characters, “Riverdale” was described by the network as a present-day “surprising and subversive take” on Archie, Betty, Veronica and their friends. Lili Reinhart, Cole Sprouse and Luke Perry are among the stars.

CBS is deleting “CSI: Cyber” after this, its sophomore season, thus laying to rest the “CSI” dynasty that encompassed four series during a 16-year span.