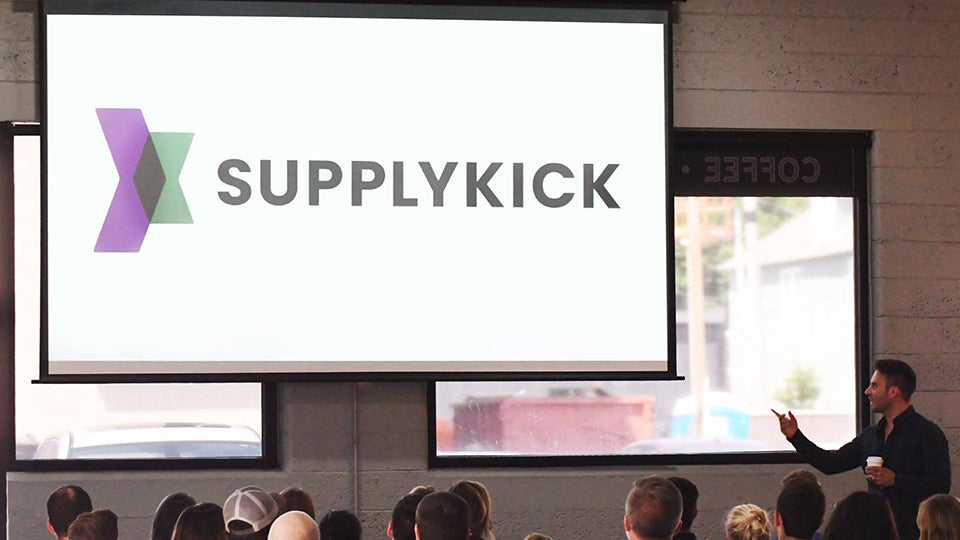 INDIANAPOLIS (Inside INdiana Business) — An Indianapolis-based tech company is moving from its location near Mass Ave to the former Angie’s List campus.

SupplyKick, which helps businesses optimize their retail presence on Amazon, says the decision to relocate to the area, now known as Elevator Hill, is the result of continued growth and the need for more office and warehouse space.

In an interview with Inside INdiana Business, Vice President of Marketing Peter Lazarz said Elevator Hill is a great fit for the company’s needs.

“What we wanted to do was find a space in downtown Indianapolis that would help foster company culture and growth, and allow us to better serve our partners,” said Lazarz. “We wanted adjoining office space and warehouse space for us to grow into and the Elevator Hill area really offered us those amenities: meeting spaces, outdoor spaces, lots of parking, gym, nearby food options and it’s really those amenities that are going to help us attract talent and grow the business.”

SupplyKick will occupy two buildings on the campus for both office and warehouse space. Lazarz said culture played a large role in the selection of Elevator Hill, especially given the competitive market for talent in the tech sector.

“I think, for us, we really wanted a space that was both collaborative and also we could invite our partners to. And we do move a lot of products in and out and so we wanted to be close to our warehouse. Having a location in downtown Indianapolis is also important just because we have employees from all across the region, so making sure that we were downtown and having that collaborative workspace environment, as well as good meeting space, is conducive to our company’s culture.”

Lazarz says the company will continue its focus on growing its current partners and adding new ones. He says as that growth moves forward, the company will add to its staff, though a specific number is not known.

A group of investors led by former Angie’s List Chief Executive Officer Bill Oesterle acquired the 17.5-acre campus in 2018 with plans to turn it into “a playground for the creative and the innovative.” The campus includes 25 buildings with 190,000 square feet of office space, a historic diner, cafe and fitness center.

SupplyKick joins Ball State University in the move to Elevator Hill. The university earlier this month celebrated the opening of the new location for its College of Architecture and Planning Indy program, plans for which were announced in July.