Supporters of injured Columbus player cheer on his team 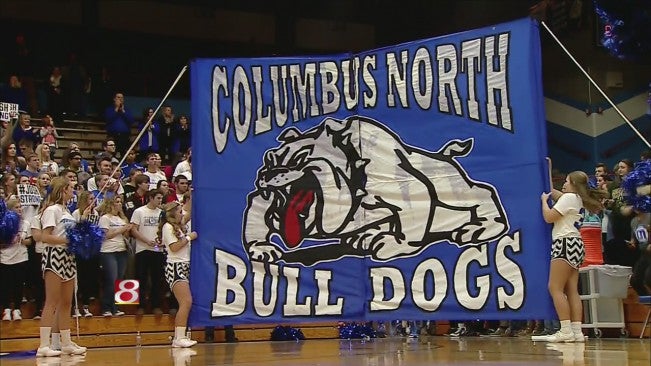 “We want to show all the love and support we can for his family,” said Robin Grady of Columbus. “We know he’s going to pull through.”

Speidel was critically hurt in a car crash Sunday in Taylorsville.

As he remained in a coma Tuesday and hospitalized in Indianapolis, supporters arrived at Columbus North High School for a benefit dinner and t-shirt sale to help family members with medical bills.

The line never seemed to end.

“This is the greatest outpouring of love for a ballplayer that I’ve ever seen in my life,” said Karen Freeman of Columbus as she stood in line.

“Josh has touched so many people in so many ways that while it is overwhelming it is not surprising to me,” said Julie Speer, whose husband is Josh’s coach. “That’s how special of a guy Josh Speidel is.”

Just before the team tipped off at game time, a moment of silence was observed. Posters reading “#JoshStrong,” filled the stands.

Athletics Director Jeff Hester estimated $9,000 was raised in donations. That’s in addition to the now $11,000 raised via the GoFundMe page.

“All the kids talk about how he gets along with a lot of different people,” said Melissa Fairbanks of Columbus. “He really loves his school and he loves his people. And I think the energy he has really permeates everything he does. So people want to support him.”

Speidel committed to play at the University of Vermont. Doctors have not given a timeframe for his recovery.