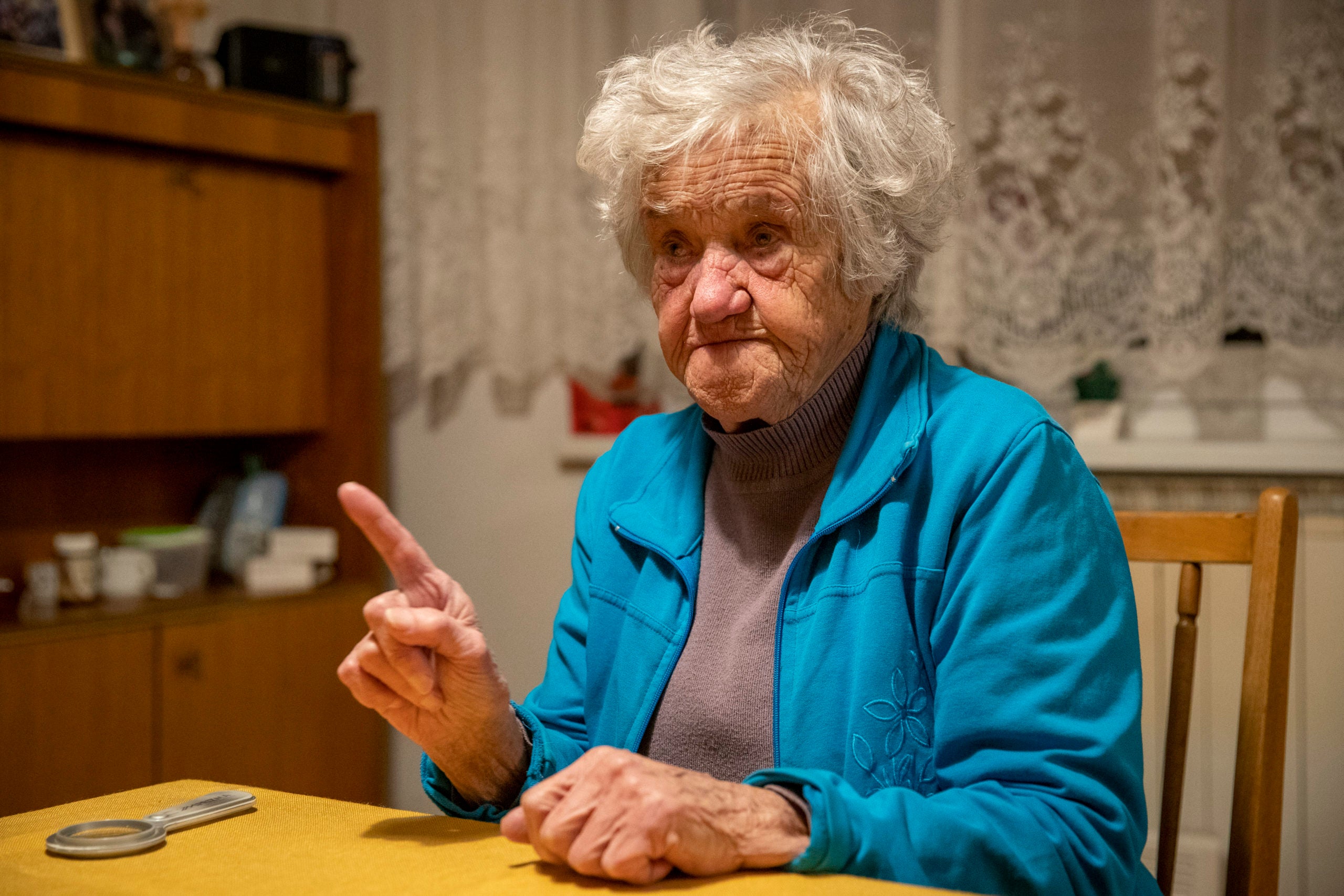 In this photo taken Friday, Jan. 24, 2020, Nazi camps survivor Marija Frlan, who will turn 100 on the Holocaust Remembrance day, talks to the Associated Press during an interview at her home in Rakek, Slovenia. Frlan, who was held at the Ravensbruck camp in northern Germany for over a year in 1944-45, will join other survivors and officials in Poland on Monday for the ceremonies marking the 75th anniversary of the liberation of the Auschwitz camp. (AP Photo/Darko Bandic)
by: Jess Vermeulen
Posted: Jan 26, 2020 / 12:37 PM EST / Updated: Jan 26, 2020 / 12:37 PM EST

RAKEK, Slovenia (AP) — For Marija Frlan it’s as symbolic as it can get: A survivor of a Nazi concentration camp during World War II, the Slovenian woman turns 100 years old on Monday, the international Holocaust Remembrance Day.

Frlan, who was held at the Nazi’s Ravensbrueck camp in northern Germany for over a year in 1944-45, will join other survivors and officials in Poland on Monday for ceremonies marking the 75th anniversary of the liberation of the Auschwitz death camp.

Ahead of the ceremonies, Frlan told The Associated Press that one could talk at length about what it was like in the Ravensbrueck camp, but that only those who were there really know how horrific it was.

“The ones who didn’t survive this, they can’t understand, no,” the energetic woman said at her home in the small village of Rakek in southwestern Slovenia. “It was terrible.”

Frlan said prisoners at the Nazi camp for women were given just enough food to survive and had to work throughout the day. Obligatory inspections were held outside every morning, lasting for at least one hour.

“One time, the inspection was going on for four hours,” she recalled. “It was a rainy day. It is impossible to explain if you weren’t there.”

Women at the camp encouraged each other not to give up, telling one another “Girls, hold on!” and “No moaning!” she recalled.

The Ravensbrueck concentration camp was the second in size only to the women’s camp in Auschwitz, according to the U.S. Holocaust Museum. Toward the end of the war, some 50,000 prisoners, mostly women, were held at the camp.

Frlan was shipped to Ravensbrueck in March 1944 from a prison in her native Slovenia. After having to clean the the offices of the secret Gestapo police for nine months, Frlan was jailed for helping the resistance movement in Slovenia in a bombing.

“The Gestapo knew that I was responsible for the bombs,” she said. “So they took me to prison.”

It was then that she saw her husband for the last time. He was captured too and executed soon after.

Frlan was sent to Ravensbrueck on train via Munich with a group of other prisoners. The only meal she had in five days was a bowl of soup and three loaves of bread.

The inmates at Raversbruck came from some 30 countries, with the biggest number from Poland. Soviet troops liberated the camp in April 1945.

With the Red Army troops approaching, the Germans forced the prisoners to walk out of the camp toward the front lines, Frlan said. The march continued until early May.

“Suddenly, there were no Germans anymore and a Russian soldier appeared on a horse,” she remembered. “He said: The war is over!”

The prisoners from Slovenia and other nations in the former Yugoslavia then decided to walk back home together, Frlan said. Once she was back in Slovenia, the despair hit again.

Still, Frlan managed to get back on her feet. She married again and had a family, giving birth to six children. She worked as a cleaner and factory worker after the war and even climbed Slovenia’s highest Alpine peak of Triglav at the age of 70.

Her family — Frlan has survived her second husband and three of her children — is planning a big birthday party in the village once she returns from Poland. Still generally healthy and able to walk on her own, Frlan always keeps a magnifying glass close by because of poor eyesight.

So what is her recipe for longevity?

“I always worked hard,” she said.