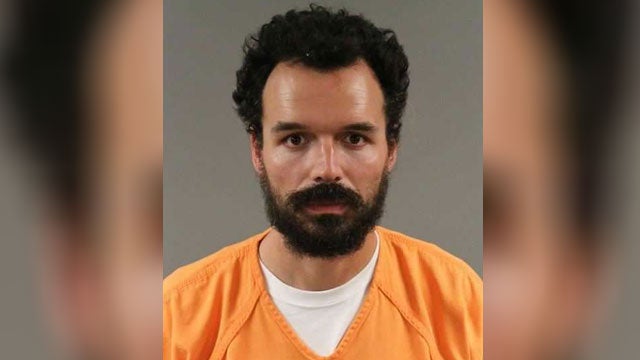 Police said the arrest came at the hands of Kentucky State Police Sergeant Tucker Carmichael and Troopers Courtney Milam and Bartley Weaver, who arrested him on the interstate.

Micheli was on the run after allegedly killing his former boss in a hatchet attack Monday morning.

Joel Paavola, 46, was attacked while he was assisting clients in a workout routine around 7 a.m. Monday at Balance Training, a personal training studio he owned on Harding Pike across from Post Road.

According to police, 36-year-old Domenic Micheli, who was fired from the facility last year, was seen parking his vehicle in the parking garage below Belle Meade Galleria and entering the business.

“[He was] pacing around apparently maybe trying to determine what he was going to do,” said Metro Nashville Police spokesperson Don Aaron.

Witnesses reported Micheli was armed with a hatchet and another bladed object and struck Paavola multiple times before fleeing with his weapons in a silver Toyota – possibly a Prius or Yaris.

“Micheli brutally, savagely attacked Paavola at the front of the business,” Aaron said. “It’s just a senseless, violent, brutal attack this morning on Mr. Paavola as he was there in the business.”

Police said Paavola died en route to Vanderbilt University Medical Center. A GoFundMe has been established for his family.

At some point Monday after the attack, Micheli went to an Urgent Care Clinic in Gallatin, said Gallatin police. Micheli was reportedly limping from a leg injury at the time and asked for a suture kit, but was not willing to wait. He was also not willing to provide any personal information, they said.

Police said he left the Urgent Care without receiving any treatment or medical supplies. Witnesses said he was walking with a limp.

During the course of the investigation, detectives also learned Micheli had traveled outside of Tennessee in recent times. He traveled to Oregon in August and Washington D.C. in April.

Police said Micheli was arrested by the U.S. Secret Service on April 27 for driving his car to a checkpoint near the White House and refusing to move.

According to documents obtained from the U.S. Department of Justice, Micheli was released on May 2, with the condition that he must live in a Washington D.C. halfway house pre-trial.

There are active warrants on file with the Metro Police Department for homicide.