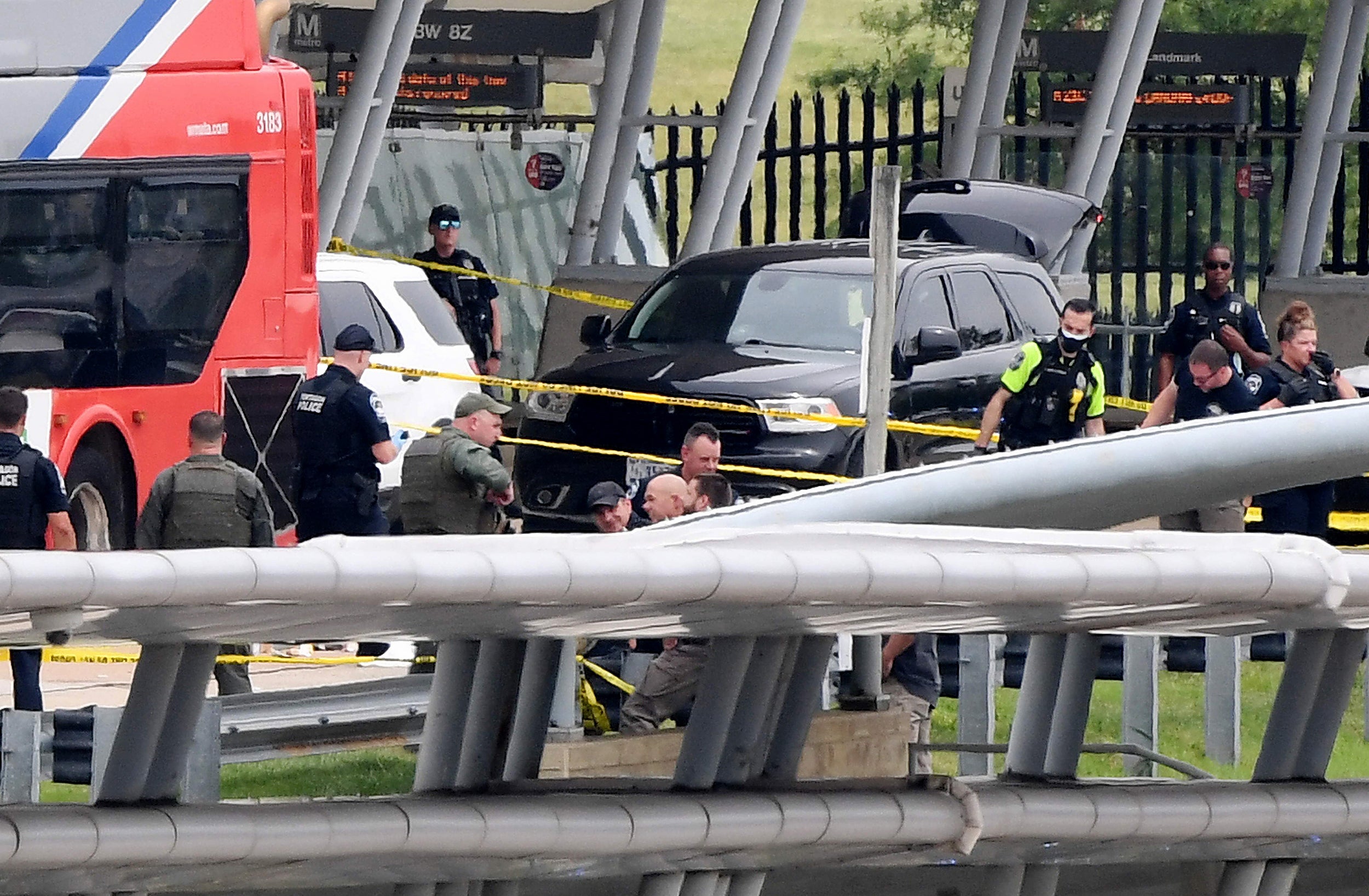 (CNN) — The suspect in the violent attack outside the Pentagon on Tuesday that resulted in a death of a Pentagon police officer has been identified as 27-year-old Austin William Lanz of Georgia, according to a law enforcement official and Lanz’s former attorney Lisa Wells. Lanz died from injuries sustained in the attack,

A senior defense official said that the officer, George Gonzalez, was stabbed by the assailant and that other officers responded rapidly and shot the suspect.

Lanz briefly enlisted with the U.S. Marine Corps in 2012 but never earned the title of Marine, according to Maj. Jim Stenger, Marine Corps spokesperson.

“Our sincerest condolences are with the family of the officer who was killed,” Stenger said. “We can confirm Austin W. Lanz enlisted in the Marine Corps on Oct. 9, 2012 but was administratively separated on Nov. 2, 2012 and never earned the title Marine.”

Stenger referred all questions related to the investigation into the Aug. 3 attack to the Federal Bureau of Investigation’s Washington Field Office Public Affairs.

Cobb County Magsitrate Court records show that on April 24 of this year, Lanz was arrested on a number of charges including criminal trespassing, burglarly, two counts of aggravated battery on a police officer, terroristic threats, rioting in a penal institution, and obstructing or hindering law enforcement.

Lanz was released on a $30,000 bond on May 12 and required to undergo a mental health and substance abuse evaluation within 30 days. The terms of his bail also required him to enroll in any treatment within 15 days of its recommendation.

He was also required not to possess any firearms.

Lanz had not yet been indicted on the charges because the case was transferred to Cobb County Superior Court. Court records show that two charges — rioting in a penal institution and terroristic threats — were dismissed because “probable cause does not exist.”