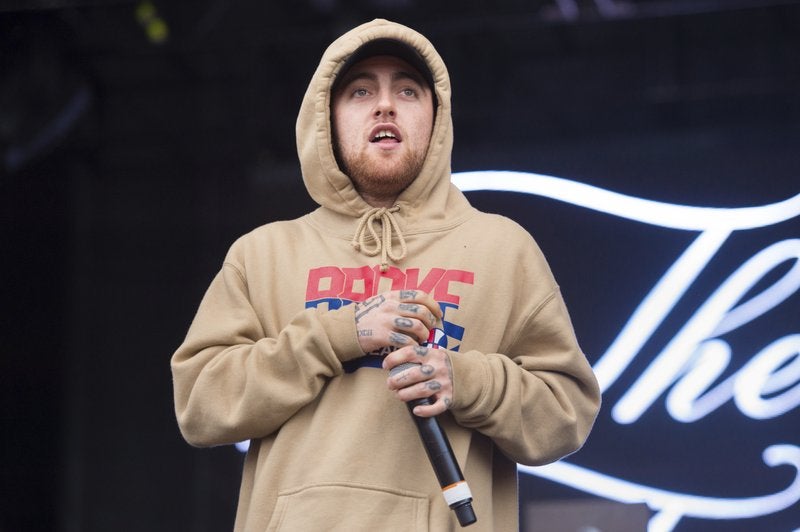 FILE - In this Oct. 2, 2016 file photo, Mac Miller performs at the 2016 The Meadows Music and Arts Festivals at Citi Field in Flushing, New York. Three men arrested during the investigation into rapper Miller’s deadly overdose last year have now been charged with providing the drugs that killed him, U.S. prosecutors said Wednesday, Oct. 9, 2019. A grand jury indictment that was unsealed in Los Angeles accuses the men of conspiring and distributing cocaine and oxycodone pills laced with fentanyl that caused Miller’s death in September 2018. (Photo by Scott Roth/Invision/AP, File)
by:
Posted: Oct 11, 2019 / 04:55 AM EST / Updated: Oct 11, 2019 / 04:55 AM EST

Cameron Pettit stood alongside his attorney and spoke only to answer a judge’s questions as he entered the plea.

Prosecutor allege that Pettit, 28, of West Hollywood, sold Miller cocaine and pills that contained the powerful opioid fentanyl two days before the 26-year-old rapper died of an accidental overdose in September 2018.

Pettit has been in custody since Sept. 4. He is among three men charged in connection with Miller’s death and each faces a mandatory minimum sentence of 20 years in federal prison and the potential for life without parole if convicted.

Citing Instagram messages sent shortly after Miller’s death in which Pettit talks with a friend about disappearing or leaving the country, a judge has kept him in custody since his initial arrest, calling him a flight risk.

Two other men, Stephen Walter, 46, of Los Angeles and Ryan Reavis, 36, of Lake Havasu City, Arizona, have also been arrested in the case and indicted on similar charges.

Walter had been scheduled to appear in court along with Pettit on Thursday, but he is being held in a separate case at a federal prison in San Diego, where he is stuck because of a quarantine brought on by a mumps scare. He’s scheduled to be arraigned on Oct. 31.

It was not clear when Reavis would be arraigned.

Neither suspect has entered a plea.

The indictment alleged that Walter supplied the fentanyl and cocaine that Pettit sold to Miller and that Reavis, who lived in the Los Angeles area until earlier this year, acted as a middleman for the fentanyl sale.

Pettit on Sept. 5, 2018 sold Miller cocaine, Xanax and 10 blue pills that appeared to be oxycodone but contained fentanyl after the two had exchanged text messages a day earlier, according to his indictment.

Miller’s assistant found him unresponsive in his Los Angeles home on Sept. 7, 2018 and he was declared dead soon after.

Miller’s rhymes made him a beloved and respected figure among fans, including some of the biggest names in hip-hop.

The Pittsburgh native, whose real name was Malcolm James Myers McCormick, was in a two-year relationship with Ariana Grande, who after his death paid loving tribute to him on social media and in a song.