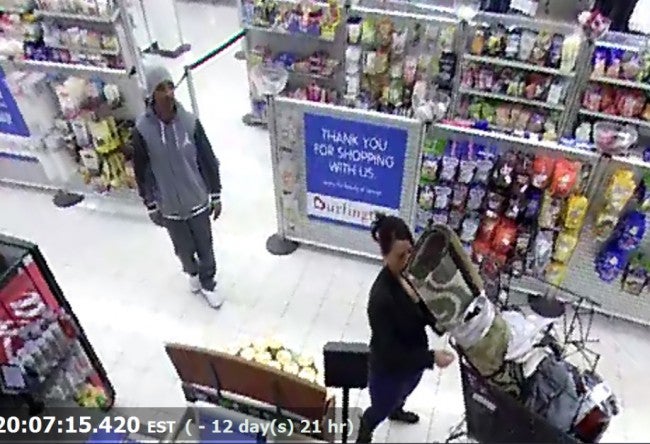 The suspects, a white female and a black male, were captured on video using account numbers associated with a victim’s debit card in several Plainfield area stores.

Their vehicle is described as an older model red Pontiac, possibly a Grand Am or Grand Prix.

Anyone with info is asked to call the Hendricks County Sheriff’s Department Investigations Division at 317-745-9354.