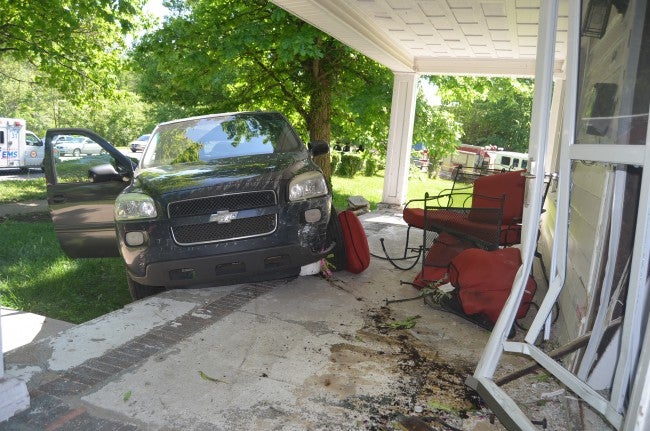 INDIANAPOLIS (WISH) – A local day care is closed for a few days after an SUV drove through the front of the structure.

The incident happened on Tuesday just feet away from where toddlers were relaxing in their playroom.

The $10,000 worth of damage left behind was the last thing on Edwina Berry’s mind. She said, “It’s a miracle no one was injured.”

The porch was damaged, several bricks were broken and the door was split in half.

After removing the children from harm’s way, Edwina and her husband Odell realized what caused the loud bang.

They looked outside the front window and saw the vehicle. The 78-year-old driver told emergency responders he blacked out behind the wheel, causing him to veer across two lanes of traffic.

Parents were notified and told no one was hurt.

“I told them that we had an emergency, that’s just like a fire drill for everyone to remain calm,” said Edwina Berry.

“We told them everything was ok and then answered all of their questions.  Within a few minutes they wanted us to make Jell-O snacks,” said Odell Berry.

The driver refused medical treatment. The responding IMPD officer did not issue him a ticket.