SUV drives into home on east side, injures man inside 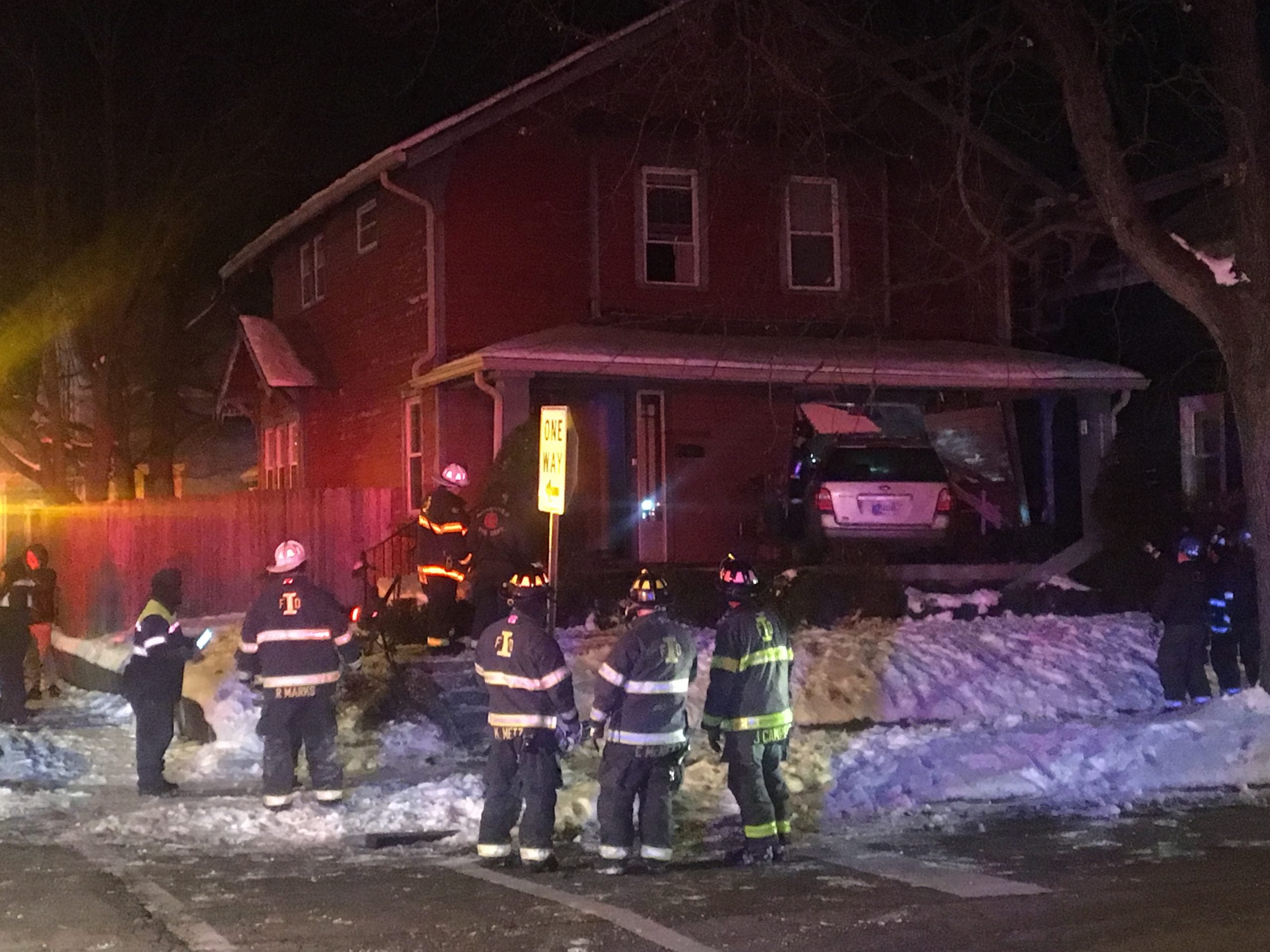 INDIANAPOLIS (WISH) — One man was injured after an SUV drove into the living room of his house on the city’s east side Thursday night.

According to the Indianapolis Fire Department, the SUV was a Ford Freestyle with a woman and a juvenile, later determined to be the woman’s daughter, inside at the time. Firefighters say the vehicle struck the front of the home after it swerved to avoid crashing into another vehicle that did not appropriately yield near East New York Street and North Drexel Avenue just before 10 p.m.

Firefighters say the homeowner was sitting inside the home and was struck by the SUV and pinned underneath. Firefighters were able to pull him out and he was taken to Eskenazi Hospital in stable condition.

Photos from IFD show splintered wood frames and siding around the hole in the front of the home, just feet to the right of the front door. It appears the SUV came to rest with its front half in the living room and the back half on the concrete porch. A handrail in the front yard and several pieces of porch furniture were damaged as well.

Authorities say the woman and her daughter remained on the scene and refused medical treatment. IMPD officers are still investigating, but said they do not believe drugs or alcohol were a factor in the crash and that it was “simply an accident.”