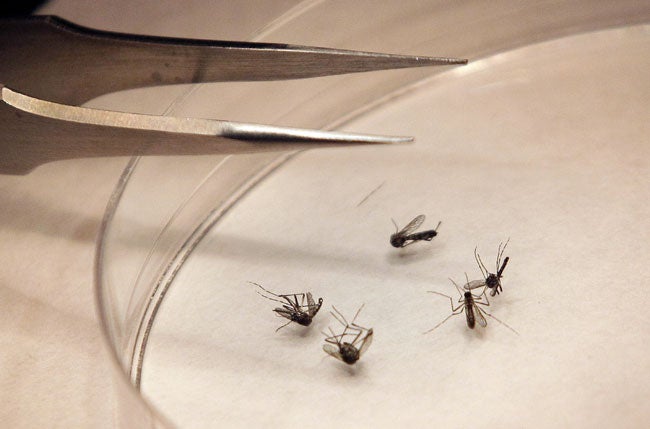 The Vanderburgh County Health department announced Tuesday that one person in the county has died from the mosquito-borne virus and another who also tested positive is being treated in a hospital. No details about either case have been released.

The Indiana State Department of Health reports the state has a total of 12 confirmed human cases of the virus this year in counties including Huntington, Madison, Marion and St. Joseph.

Health officials suggest avoiding the outdoors when mosquitoes are active from late afternoon to dawn and using insect repellent.