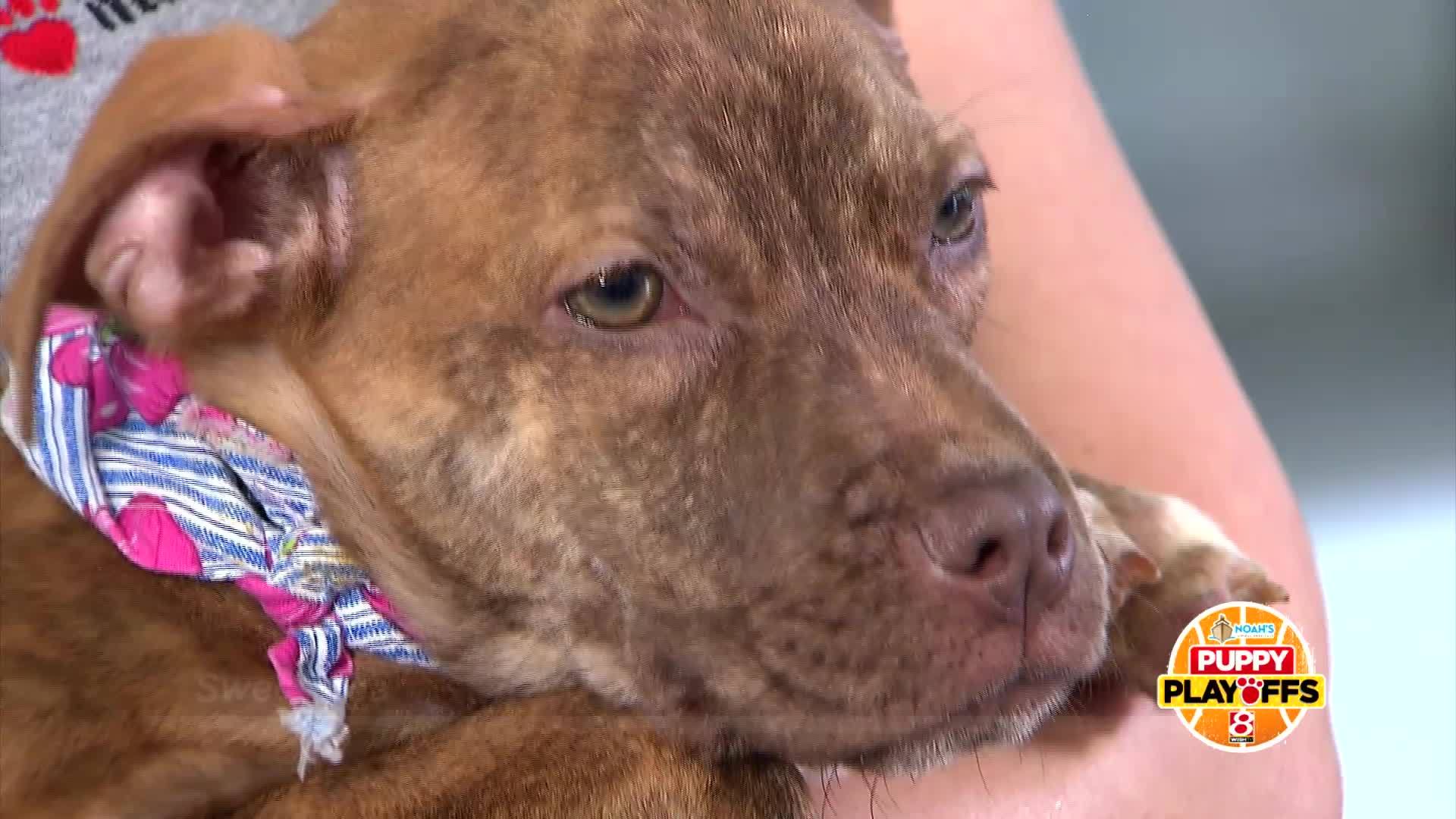 INDIANAPOLIS (WISH) — The WISH-TV camera crew was introduced to “Sweet Pea,” who co-starred in several segments that will appear in the upcoming Noah’s Animal Hospital Puppy Playoffs recorded at Indy Humane.

Sweet Pea was four montsh old when the video was shot. She came to IndyHumane from the City of Columbus Animal Care Services.

While we don’t know her backstory, we can tell she’s going to be a big baby as she grows up.

We are happy to report that Sweet Pea has found her forever home.

IndyHumane often takes in very young puppies from other shelters, as they have an in-house veterinary staff and surgical suite, as well as an amazing network of foster homes for the youngest and most fragile babies.