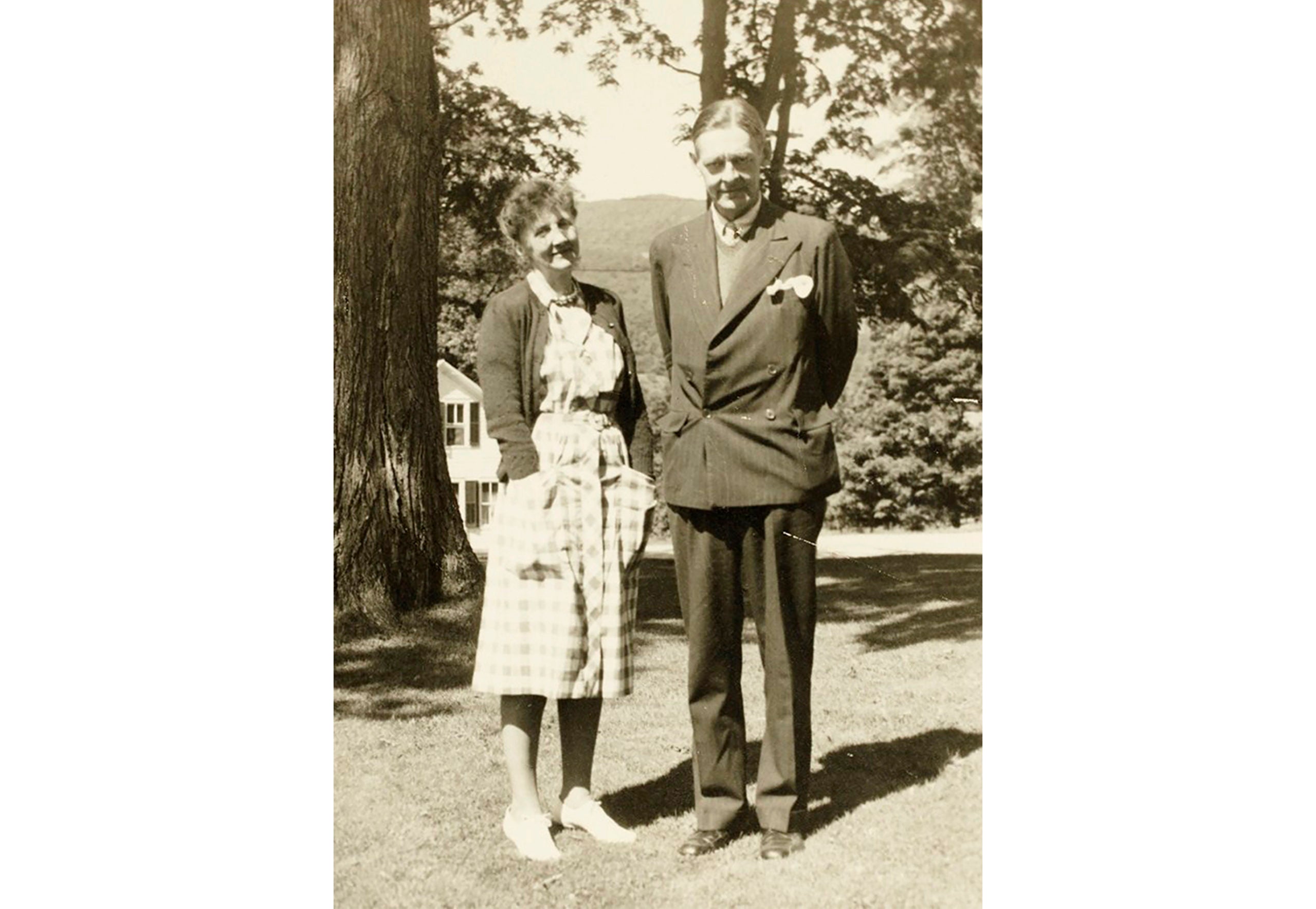 PHILADELPHIA (AP) — Recently unveiled letters from T.S. Eliot to his muse Emily Hale show how much he loved his longtime friend, but a statement from beyond the grave by the poet himself dismisses his feelings and shows how Eliot tries to rewrite the narrative of their relationship, scholars say.

Hale donated Eliot’s letters to Princeton University Library more than 60 years ago with instructions that they could only be opened 50 years after she and Eliot died.

The day they were made available at the Ivy League school, Eliot’s statement, written five years before his death, was released — as per his own instructions.

In it, Eliot downplays his love for Hale.

“I came to see that my love for Emily was the love of a ghost for a ghost,” he wrote.

Eliot scholar Frances Dickey, who was among the first to read the letters at the New Jersey school Thursday, said it was “unfortunate” that Eliot felt he had to deny his feelings for Hale.

“That seemed a little harsh,” Dickey said. “She was his muse for many years.”

Letters to Hale from 1930 — contained in the first of 14 boxes — show Eliot confessing his love for her.

“They are extremely passionate,” Dickey said. “It’s really more than what I expected. They are very emotional, claiming that she inspired a lot of his poetry. She obviously played a really important role in his poetic life.”

Dickey said it’s become more obvious that the “hyacinth girl” in “The Waste Land,” Eliot’s most famous poem, is Hale.

Also among the boxes of letters is a manuscript Hale wrote about their relationship. Her account and his early letters trace the same narrative, Dickey said.

In his statement, Eliot does admit he once loved Hale.

“I have no reason to believe, from the way in which this declaration was received, that my feelings were returned,” Eliot wrote.

He married his first wife, Vivienne Haigh-Wood, in 1915, a year after his declaration. The two had a tumultuous, loveless marriage marred by Haigh-Wood’s mental illness and alleged infidelity. They separated in 1933.

“Emily Hale would have killed the poet in me; Vivienne nearly was the death of me, but she kept the poet alive,” Eliot wrote.

Hale eventually developed feelings for Eliot, but the poet writes that, as time went on, he realized “more and more how little Emily Hale and I had in common.”

“It may be too harsh, to think that what she liked was my reputation rather than my work,” he wrote.

“He pursued her,” he said. “His earliest letters were ardent declarations of love. It’s not as if she chased after him.”

In other letters, Eliot comments on the pain and happiness of intimacy, according to Dickey, and even confesses his craving for alcohol and reveals details about his private life.

Hundreds of letters still need to be read; only a few copies can be seen at a time at the library, and there are no copies available online.

There are a few different reasons Eliot might be trying to rewrite history, the scholars say. Hale donated the letters while the two were still alive, and Eliot feared they might be released before the embargo date. Eliot had ordered the letters he’d received from Hale destroyed.

“He was looking back on this and felt embarrassed and ashamed at the openness and vulnerability he allowed to come through at the time,” Cuda said. “He tried to do damage control.”

But he also wanted to protect his second wife , Valerie, whom he calls his one true love.

“But it’s a strange protectiveness,” Cuda said. “He was so devoted to Valerie and she to him. What the Emily Hale letters reveal — (Valerie) wasn’t the unique love of his life. He had a unique and tense experience before her.”

The letters could reveal much more about Eliot’s private and poetic life and are already making waves among the literary community. Cuda called them “all we could have hoped for.”

“What we want to do as consumers of the lives of others is simply understand them,” he said. “As usual, Eliot won’t be simplified.”