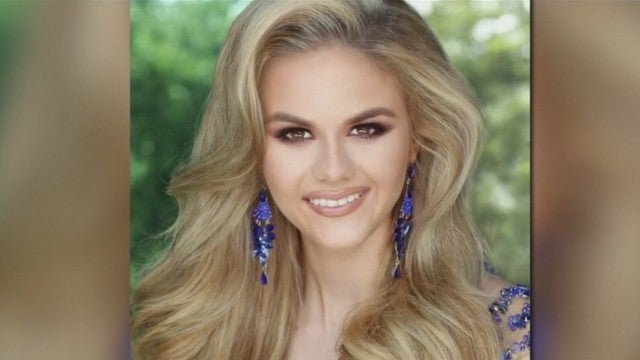 TAMPA, Fla. (WFLA) – A Tampa Bay woman is about to make history as the first person with autism to compete in Miss Florida.

The competition will be held in Lakeland, Fla. later in June.

“I was basically promised that I would never graduate any school really or have any friends. Pretty much everything bad was going to happen to me because I have autism,” said Rachel Barcellona.

The negative feedback didn’t sit well with Rachel or her family, especially her mother.

“She was like I will be dead before that happens. So I wouldn’t be anywhere without my mom who is a nurse practitioner and she is just wonderful, I love her,” said Barcellona.

Barcellona began strutting across the stage when she was five years old. She waved and competed in pageants until fourth grade, then took a break.

“I had depression and anxiety in middle school so then I resumed when I was thirteen and that is when I really got into it because it helped me make friends and build my confidence,” Rachel said.

Rachel later gained confidence and is now preparing for Miss Florida later this month. She already has her dresses picked out.

“I like this purple interview dress with the bows,” said Barcellona.

And she also has her opera voice ready. Barcellona recently had the privilege of singing the national anthem for a Tampa Bay Lightning game at Amalie Arena.

Above else, the college student has a message for the judges.

“Usually they bring up my disability. So I would say it doesn’t affect me negatively and I am very capable of inspiring people and holding a title,” said Barcellona. “I would say that pageantry is also spectrum. You have to find the right ones for you. And just go from there because it can really really make a girl more confident and empower her to be an amazing woman.”

Barcellona is a junior at the University of South Florida and works with kids at the Glazer Children’s Museum.

The Miss Florida preliminary competition will be held on June 25.