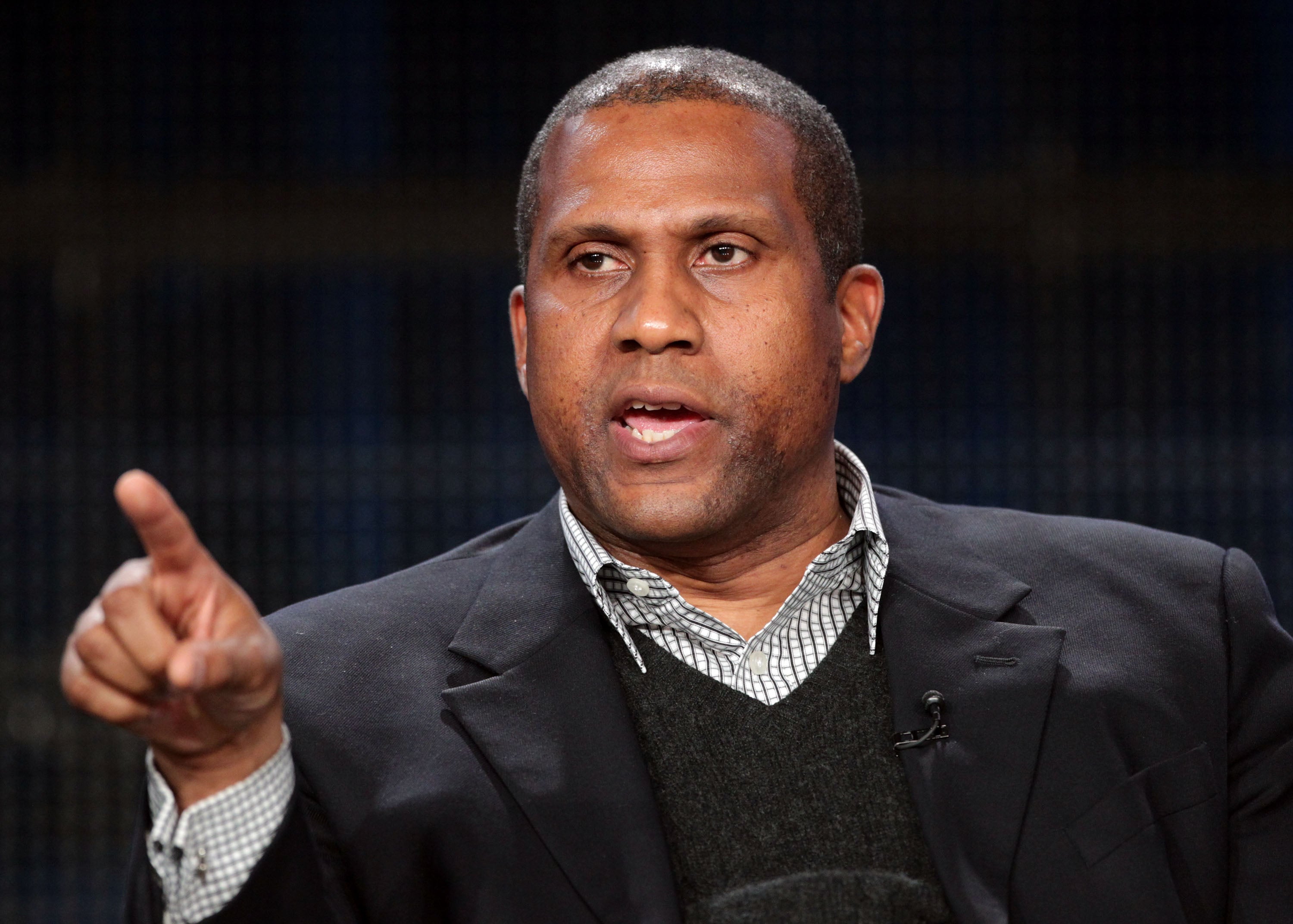 PASADENA, Calif. (AP) – Less than a month after PBS dropped Tavis Smiley’s talk show after reported inappropriate relationships with subordinates, Smiley announced a deal Monday to go back to work with a new series about inspirational stories.

His series, “The Upside with Tavis Smiley,” will be streamed online and shown on The Word Network, a religious-oriented cable and satellite channel directed at black viewers. He also announced a five-city “town hall” tour to talk about relationships in the workplace.

(The 53-year-old grew up in Bunker Hill, Indiana, which is near Kokomo. He attended Indiana University in Bloomington and received a degree from from in public and environmental affairs. He also has been presented with a Doctor of Humane Letters degree by IU Kokomo.)

Among the men caught up in sexual misconduct cases the past few months, Smiley has been most aggressive in fighting back and the first to publicly announce plans to resume his career. His new show is expected to start in the spring.

Smiley compared the experience to when he was fired by BET in 2001 for offering an interview that he had conducted with a newsmaker to ABC News, a corporate competitor. He wrote books about rebounding from setbacks, and launched the late-night talk show with PBS that aired for 14 years.

“I would not wish this experience on my worst enemy,” Smiley said. “Having said that, the last time this happened, great things came out of it.”

Although conceding that what was once considered acceptable in the workplace may no longer be, Smiley has been defiant, suggesting that romances between professional colleagues is hardly unusual. However, PBS investigators reportedly found women who felt their advancement at work was tied to the sexual relationships, an assertion Smiley has denied.

He’ll be a test case for whether fans will be willing to overlook behavior that an employer considered out of bounds.

By fashioning a new program focusing on inspirational stories instead of more general interest news and entertainment, Smiley will sidestep the issue of whether his downfall would make celebrities reluctant to be interviewed by him. By striking a digital distribution deal with the media company AerNow and a little-watched cable network, he will also be much less visible.

But Smiley said he believed that going digital positions him well for the future. He also said he’ll attract a younger audience than he was getting at PBS, and that he has also struck a deal for international distribution for “The Upside” and his production company’s inventory of interviews that he conducted in the past.

He announced plans for a book and online course in “Leading by Listening.”

“Everyone is saying, ‘We need to talk about this,’ but nobody is doing that,” he said. “Nobody is creating a space for it. Now here I am doing it.”

Smiley said he was motivated to get back to work quickly because of concern for employees of his production company who learned that the PBS show was ending at the beginning of the holiday season.

He said he wasn’t concerned that by moving so quickly, he might be missing out on better opportunities if he waited for the story of his firing to fade.

He said that as “a black man in America,” he knows that better offers may never come.