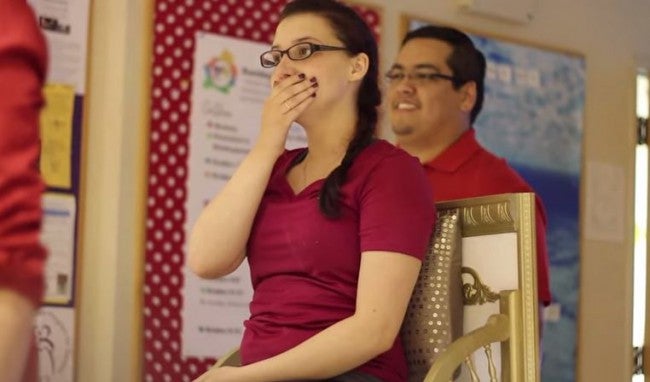 CALIFORNIA (WISH) – A teacher in California pulled off what may be the most elaborate flash mob proposal yet.

It started with a staged volleyball tournament. During the game, with his girlfriend in the crowd, Tom BetGeorge and his students broke out into song.

There were 11 cameras recording the proposal, including a drone and a GoPro attached to a throne that carried the girlfriend.

The routine eventually moves outside and into a church.

We Stand Together / 37 mins ago