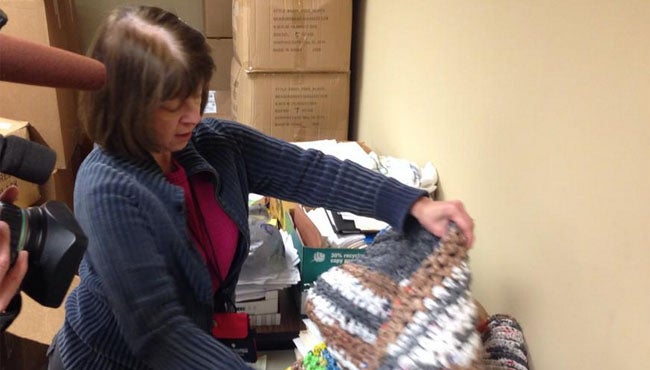 INDIANAPOLIS (WISH) – Wheeler Mission was packed Wednesday night as the city’s homeless looked for relief from the dangerous cold.

With temperatures below zero, spokesperson Steve Kerr said he expected at least 280 men to seek shelter at Wheeler. But they’ll accept more because on nights like this, Kerr said there’s no such thing as “at-capacity.”

Still, some refuse to come inside, choosing instead to brave the dangerous chill on park benches and sidewalks. So Kathleen Brannen goes to them.

“They’re just not ready to come into shelter for whatever reason,” she said. “So we provide survival needs such as blankets, gloves, and hand warmers. If there’s a medical problem, we try to bring them to the emergency room or to our clinic.”

Brannen is among some 40 people who make up the city’s Professional Blended Street Outreach Team. They hit the streets to help the homeless, representing 18 local organizations including homeless shelters, veterans groups, street ministries, and social service agencies.

The team works year-round. But during a week when the temperature is so cold, it can claim lives, team members are especially concerned.

“We have 2,500 pairs of thermal socks,” said Lesley Kelly, Program Director at Horizon House which is a partner group on the outreach team. “These supplies are critical to keep people safe and alive. It literally is a matter of life and death.”

The goal, Kelly said, is to make connections with the homeless and eventually convince them to come inside and get help to get back on their feet.

“Everybody’s situation is different,” said Kelly. “What (the outreach team) is doing is trying to keep people safe where they are until they’re ready to come in. That’s not a decision we can make for people.”

The team’s supplies and services are funded by the “Know Outlets” campaign, a local movement spearheaded by the Coalition for Homelessness Intervention and Prevention. Since launching in November, Executive Director Christy Shepard said the campaign has raised $20,000 from community members and businesses.

Click here for more information on the campaign and how to help.