Tears and laughter from mother of survivor of Edinburgh dam incident 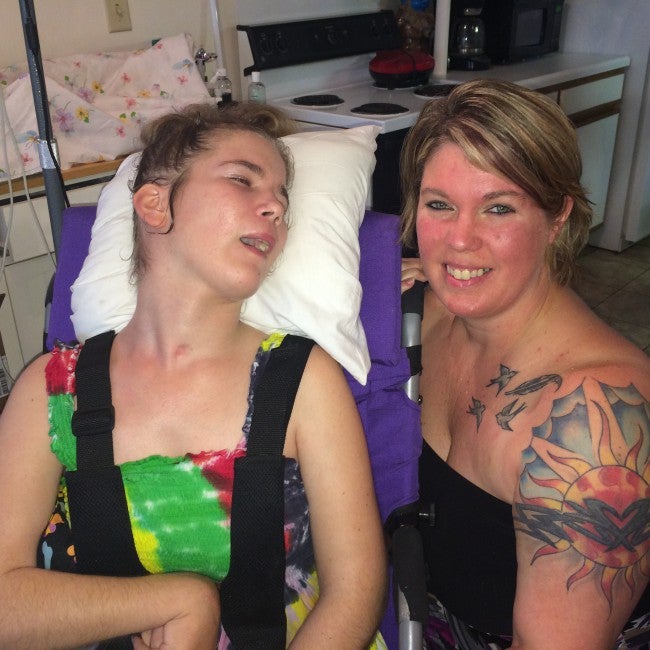 FRANKLIN, Ind. (WISH) — Saturday marks the one year since tragedy struck the community of Franklin. A group of teens jumped over a dam in Edinburgh in an effort to rescue their friend, Sarah McLevish, who was trapped.

Bobbi Hubbard, the mother of McLevish, describes what she calls the most trying time of her life.

“You don’t want to see anything happen to your kids. It’s not a day I want to go back to,” said Hubbard.

Bobbi fights back tears as she explains how difficult the past year has been. She has had to get to know the “new” Sarah McLevish, her 17-year-old daughter who is now confined to a wheel chair and cannot speak.

The days and weeks right after the incident on the dam were the most difficult for Bobbi. Her youngest daughter was hospitalized for three months.

“She has damage to all four lobes of her brain. It was hard for them to even estimate how severe it was. The scans came up looking really bad. The test results, when she’d have neuro tests, weren’t coming back very good either. But with her age, with her being young and healthy, played a huge factor in her recovery,” said Hubbard.

Sarah’s condition began to improve. She was released from the hospital on August 21. From her wheelchair, she receives care from a nurse who stretches her arms and legs to help with stiffness and contractions.

Sarah is showing some signs of improvement and Bobbi is optimistic. However, she’s still a long way from who she used to be. Bobbi misses her daughter’s beautiful smile and she longs for the moments she once took for granted.

“Arguing with her sister, I know that sounds silly, but it showed their personalities,” cried Hubbard.

From time to time, she gets a glimpse of her daughter’s personality.

“I was laying on the bed next to her and it’s like that typical teenage thing. I was cramping her space. She’s laying there grunting, and when I got up she quit. There’s still personality things that I see from her,” said Hubbard.

Through her tears, Bobbi also finds reasons to smile. After the incident, the community showed an outpouring of support. Her family has grown closer, and most importantly, Sarah survived.

On Saturday, there will be a two hour motorcycle ride. Organizers are calling it Franklin Strong Motorcycle Ride. Tickets are $20 for singles and $30 for doubles. Check in is at 11 a.m.

The ride kicks off from Franklin Community High School. Proceeds will go toward a scholarship fund in memory of Jason Moran and Michael Chadbourne.

In September, there will be a benefit for Bobbi and Sarah. The details of that event have not been made.