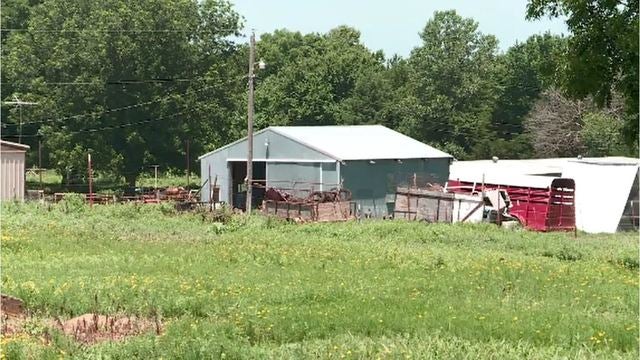 CHANDLER, Okla. (AP) — Authorities say a malnourished 15-year-old Oklahoma boy who survived by eating sticks, leaves and grass has been found living in a barn, and four members of his family have been arrested for child neglect.

The Oklahoman reported Thursday that Lincoln County assistant District Attorney Adam Panter said the boy weighed 80 pounds July 12, when he was found sharing the barn with goats, rabbits and chickens.

The teen is hospitalized.

“At one point his father had pulled maggots out of him and superglued it shut, telling him that doctor’s were too expensive to take him to,” Panter told KFOR.

The boy’s name and condition haven’t been released. Panter says he could have died without medical attention.

A spokeswoman for the state Department of Human Services declined to comment on the case.