Teen has created and sold apps online since he was 11 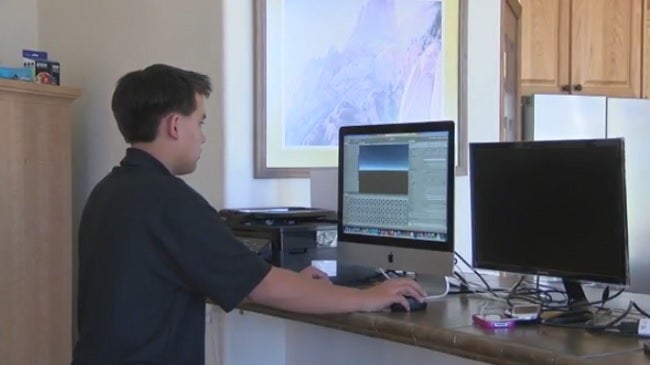 “He seems to have a real knack for technical things,” said Debbie Bonzon, the mom of 14-year-old Tim, who creates and sells his games online.

“I published my first game when, like a month before my 12th birthday,” said Tim Bonzon.

His mom said she bought him a training video several years ago teaching him how to code a game.

“I don’t really like video game playing, so I was like, maybe he could make some,” said Debbie Bonzon as she laughed.

She said she thought it would be something he could try out, but never expected how far he’d take it.

“The next think I know, he’s making these games and publishing them on Amazon,” she said.

Tim said he wanted to sell the games to help an orphanage in Ecuador that his church helps support.

“It was right after the earthquake in Ecuador, so they were having a very large amount of children come through there,” said Tim.

The most recent game he created is called, Radioactive Response, he’s even teaching an online class for 40 students, teaching others his craft. “When I publish a game, I hope people like it,” said Tim.

As a young possible entrepreneur, Tim said he sees a future in what he’s now calling a hobby. He said, maybe he’ll start his own company one day.

For his mom Debbie, although she helped spark her son’s interest when she bought him the program, she said she won’t be taking any credit for his success.

“A lot of it goes back to him, he took the initiative, I just helped provide the tools,” said Bonzon.

Tim’s games can be found on his website, as well as on Amazon, the App store, and Google Play.