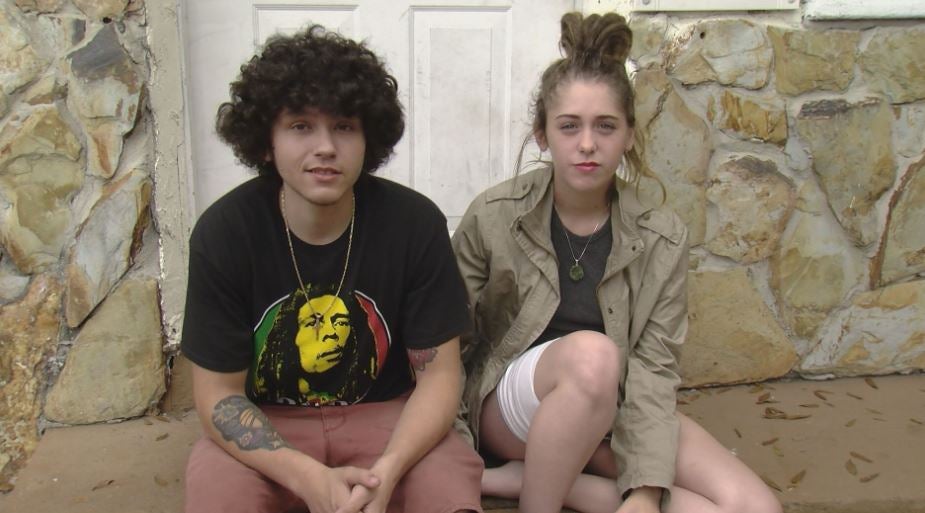 ST. PETERSBURG, Fla. (WFLA) – 17-year-old Amber Bartas is able to walk around less than 24 hours after being hit in the leg by a stray bullet on New Year’s Eve.

With her leg still bandaged, she recalled what happened as she was watching fireworks outside her boyfriend’s St. Petersburg home.

“I just heard gunshots all around, people shooting them off at 12 o’clock and I don’t know exactly where it came from,” said Bartas.

Moments earlier, Amber’s friends were talking about the gunfire they could hear off in the distance.

“Wow, that would be crazy if one of us got hit by by one one of those. And right when we were talking about it, we heard a loud bang and we look over and she is holding her leg and she is saying, ‘Oh I am bleeding, I am bleeding,’ ” said David Garrett.

The bullet grazed Amber’s leg, but she still feels lucky.

“If I was like standing a different way it could have hit my head or something like that but thankfully it didn’t, I am just glad I am okay,” said Bartas.

While celebratory gunfire is dangerous, it has become all too common.

In fact, St. Petersburg police made several arrests, though none were connected to Amber’s case.

“We did have several incidents last night where we responded to calls of gunfire and we did make several arrests of individuals that were apparently committing these acts,” said Mike Puetz with St. Petersburg police.

While Amber recovers from her injuries, she has these words for others involved in celebratory gunfire.

“It is a stupid thing to do, like innocent people minding their own business could get hit by a bullet, I just think it is stupid,” said the teenager.

Because Amber does not know where the shot was fired from that hit her, police may have a difficult time trying to track down the shooting suspect.